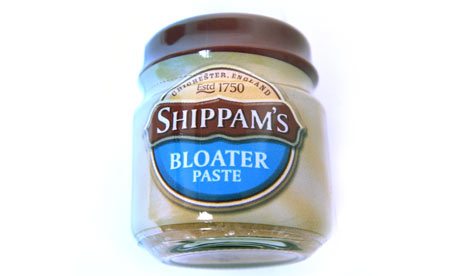 For those of you who don’t live on Twitter (where have you been?), a really interesting business story has erupted today, involving the venerable food brand Shippam’s Paste (part of the even more venerable food group, Princes) and an anonymous tweeter. The episode says a lot about how to do great brand marketing and, sadly, how not to.

Bit of background: Princes Group is one of those heartland British companies that was around when tinkers roamed the streets and Gladstone was PM. Shippam’s is best known for its fish and bloater paste. Neither is what you’d call fashionable, apart from among elderly ladies and fishermen.  A couple of weeks ago, however, everything changed. Suddenly, on Twitter appeared a self-styled marketing intern at Shippam’s @shippamspaste with the goal of reinventing the brand. Some of the tweets were gold-dust. On the day before the clocks went back, we were encouraged to celebrate with some paste. Even more brilliantly, followers were encouraged to mix beef and fish paste to concoct a “Battenburg” paste experience. I’ll admit, my first impression was that this was rebel marketing at its best, from the same school of radicalism that’s reinvented Marmite and Lucozade. I assumed, as did many others, that quaint old Princes Group had authorised a young marketing buck to bring the brand into the 21st (or even 20th) century. Ther best example, by a country mile, of an in-house corporate tweeter is @Betfairpoker. Whoever does their daily tweets should be on the Grammy comedy list.  The truth was different. In fact, according to a Princes Group PR spokesperson, they became aware of the maverick tweeter about three weeks ago. At the time, @shippamspaste only had a few followers and, even for a conservative food business, there didn’t seem much harm in it. However, over the past couple of weeks, the alarm levels gradually rose, as the comic tales of paste, Paul and other office antics became ever more zany. Before you knew it, @shippamspaste had 6,000-plus followers. The big question now became: can we really let this continue The instinct of any corporate organisation, when faced with anything that’s out of their control, is to close it down. It’s just the way big businesses work. However, this was a non-authorised activity that was probably drawing more positive attention to the brand than it had enjoyed in 100 years. Just check out the company’s latest press release ” “Princes extends canned meat range” (you couldn’t make it up) “for the contrast between Twitter brilliance and traditional corp comms. Of course, the romantic in all of us would want Princes Group simply to turn a blind eye and enjoy the unexpected attention. Would there be an official blessing for the renegade tweeter? Unfortunately, romance and paste don’t mix and, today, @Shippamspaste was taken down, under Twitter’s rules about impersonating an organisation. I’m told by Princes Group’s PR spokesperson that they found the anonymous tweets “endearing” and weren’t concerned that they didn’t control the tweets. What prompted the decision to shut our hero-tweeter down was that they were “not in control”: what today was funny and charming could tomorrow have become potentially damaging. I suppose, in my more generous moments, I can see their point. A bit. Hmm, actually, I’m not so sure. This morning, the backlash began, with the rapid arrival of #boycottshippams on Twitter. Who knows how noisy the protests will become. Will we have an Arab spring of paste   The big debate now is: who was @shippamspaste According to Independent columnist and Tweeter Rhodri Marsden, the silenced voice of Shippam’s was @edjeff who today tweeted: “What the f**k am I going to do with four jars of beef spread now?”