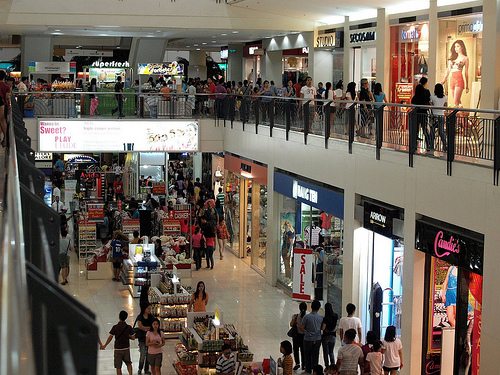 The British Retail Consortium (BRC) and Nielsen said shop prices have dropped 1.4 per cent in the last year, the largest fall on record.

Food prices were up an annual 1.1 per cent in February, but non-food prices were falling at a three per cent rate in February, up 0.3 per cent since the previous month. Helen Dickinson, BRC director general, said: “This is the fastest fall seen in prices which are 1.4 per cent down overall in February. It is also the longest sustained period of price decreases we have witnessed, now ten months in a row. There are especially good deals available at the moment in clothing, electricals, books and stationery. “Hard-pressed families watching their budgets will also be helped by the lowest level of food inflation we’ve recorded, up just 1.1 per cent in February. In contrast to other household bills, the price of the weekly food shop is rising at a much slower pace. Many of the larger food retailers have been looking closely at their investment in promotions and price cuts, suggesting competition could intensify further. This should mean consumer price inflation remains at low levels in the coming months. It is clear that retailers’ hard work to keep prices low for UK consumers is having considerable success.” Image source