A PwC study has found that 2,656 stores closed in the first half of 2016. Yet, it turns out the British high street still has a place in the hearts of the nation’s consumers.

Barclays has revealed that two-thirds of UK shoppers prefer to view products of value in person before buying, rather than relying on the internet to get the job done.

Of course, that stands to change if British high street retailers fail to take heed of changes around them.

Over the course of the next 12 months, 81 per cent of consumers said they will visit the British high street to shop in a branch of a national retailer ahead of 60 per cent that will do so online.

Additionally, local or independent retailers on the British high street will also be visited by 77 per cent of shoppers, compared to 17 per cent that will opt for delivery.

Ian Gilmartin, head of retail & wholesale at Barclays, said: “The British high street is part of what has made the UK great. Being a ‘nation of shopkeepers’ is ingrained in our cultural identity and consumer pride in the sector endures.

“Our research reveals that the public still see the high street as an essential part of the shopping experience and as a national treasure they want to see protected.”

He noted that harnessing “the opportunity of Brand Britain”, businesses can avoid Brexit uncertainty and maximise national and international sales opportunities.

That said, online is still a threat, as 83 per cent do plan to shop on the internet in the next 12 months too.

With digital in mind, there are various technologies that shoppers have said they would like to see in shops, with touchscreens top of the list at 65 per cent.

Elsewhere, 57 per cent desire virtual reality and another 57 per cent crave smart changing rooms, while 52 per cent think augmented reality is the way to go.

It’s not just experiential technologies that consumers want to see on the British high street, however, as 48 per cent would like to see broader use of contactless and 37 per cent called mobile payments “life changing”.

As shopping habits change, so too does customer service. Shoppers are five times more likely to complain about products publicly on social networks such as Twitter and Facebook now than they were five years ago. Furthermore, 38 per cent expect a complaint made on social media to be responded to within an hour.

“The conclusion from our research is that the key to success for many retailers is to offer a balanced high street and online offering, taking advantage of technological innovation in store to attract shoppers through their doors.”

It’s not all about technology in order to keep the British high street thriving though – some 44 per cent of Barclays respondents want to shop local and said they would like to see more independent specialist retailers.

Meanwhile, 36 per cent want more independent cafes and restaurants, followed by 29 per cent in desire of discount shops. 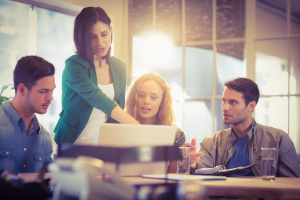 Why hiring ex-offenders isn’t the risk you might think

Running a transatlantic business is no easy task