According to UK retail industry analysts IbisWorld, consumer spending on Easter cards will also grow by 1.9 per cent to £10.5m, while sales of flowers are expected to increase by 3.1 per cent, to £113.4m.

In total, consumer spending over Easter bank holiday weekend will reach £1.2bn this year, a huge 6.7 per cent increase on the amount spent in 2017, the study found.

The increase in spending is expected to translate into higher footfall on the high street. Over Easter weekend this year, bricks and mortar retailers could see as much as a 2.4 per cent higher footfall compared to the same period a year ago.

The survey results showed that Brits in their 40s – those belonging to “Generation X” – typically spend more than other age groups during the Easter break. Millennials are expected to spend the least, while spending amongst the slightly older “baby boom” generation is expected to fall somewhere in between.

Retail insights director at analyst firm Springboard, Diane Wehrle, said that this year, the timing of a national pay day just before Easter weekend meant that individuals were likely to have more disposable income than in previous years.

“Recent adverse weather may have resulted in consumers deferring or cancelling shopping trips, while also delaying household spending on garden products and home improvements,” she added.

“If the weather remains mild this Easter weekend, consumers may reinstate cancelled trips for the Easter weekend and are likely to visit garden centres and furniture outlets to refresh homes and gardens, and to fashion stores to browse Spring ranges.”

Similar to exchanging Easter eggs, sending cards has become a well-established Easter tradition in Britain – one which continues to grow in popularity. According to data from the Greeting Card Association, 8.5m Easter cards were sold in the UK in 2016, an increase of 13 per cent on the previous year.

Commenting on the figures, a spokesperson for the Royal Mail said: “The UK loves sending greeting cards, and Easter is no exception. Even in a world of emails and social media, Easter cards are becoming increasingly popular, both as a means of celebrating the religious festival and simply keeping in touch with friends and relatives.” 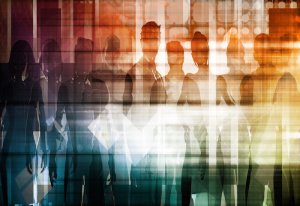 Why should the CLO, CHRO, CFO and CIO care about talent management?

A guide to fire safety regulations for SME owners