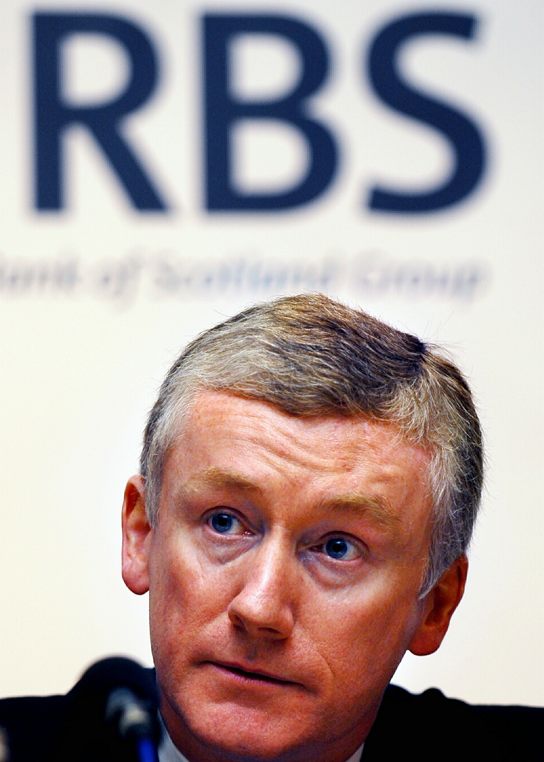 The Queen yesterday cancelled and annulled his title on the advice of the forfeiture committee (apparently made up of “top civil servants” and the head Treasury lawyer). “His reckless and selfish actions have had devastating repercussions for every single family in Britain,” comments Real Business columnist Charlie Mullins, founder of Pimlico Plumbers. “While we are all still paying for his errors, he was walking around with his golden pension pot calling himself ‘Sir’. He has not faced any retribution for leading the collapse of RBS. Taking away his Knighthood is the very least he deserves.” In the past, only convicted criminals or people struck off professional bodies have had knighthoods taken away. The Institute of Directors (IoD) warned of politicians creating “anti-business hysteria” over the matter. Simon Walker, the IoD’s director-general, told the BBC that removing a knighthood because “you don’t approve of someone” without there being any criminal conduct “politicises the whole honours system”. Indeed, Goodwin wasn’t alone in bringing about the near-collapse of the British financial system. What about Sir James Crosby, boss of Halifax and then HBOS from 1999 to 2006, or Lord Dennis Stevenson, who chaired HBOS between 1999 and 2000: will they too be stripped of their titles?  “‘De-frocking’ Goodwin smacks of a selective hypocrisy by the political classes,”  says Duncan Macintosh, partner at £6m-turnover law firm Capital Law. “They have conveniently forgotten about those of their number that stole public money (Parliamentary expenses) or were convicted of criminal offences (Lord Archer and others) or oversaw failed public bodies (The Ministry of Defence, the National Audit Office). As footballers say of referees, all we ask for is consistency.” Furthermore, who exactly took the knighthood away? It seems odd that anonymous unaccountable civil servants adjudicate on honours. Who appointed them and what rules do they apply? Meltwater Buzz (part of Meltwater Group) monitored the online conversations around the bankers’ bonus culture and the online reaction to Fred Goodwin being stripped of his knighthood. Click on the infographic below to enlarge.