What’s wrong with the banks? Simply put, the banking sector has just created the worst western recession since World War II. Our grandchildren will still be paying for the sins of the past few years. The bankers did (and largely continue to) strike it rich, and it seems that some bankers will only work if they get paid a multiple of the total pay of a small manufacturing business.

So why split up the banks? Well, first of all, size matters – giant banks fail with enormous consequences for economies and even countries. The UK has the most concentrated banking market on earth and our largest banks are enormous. RBS had a balance sheet twice the size of the UK economy! That’s why we own it now.

If we split the largest banks up, their failure becomes more tolerable – and, arguably, competition will be improved, too.

But more important is the split between high-street banking and “casino” banking. High-street banking is the term used to describe the old-fashioned business of taking deposits, making loans and transferring money around. It is fairly easy to manage, regulate and understand and, given a sensible level of capital, it is not very risky. But this kind of bank is “systemic” – it is the essential infrastructure of a modern economy and, if it is too big, its failure is intolerable.

Casino banking is harder to describe – it can involve any or all of the following: derivative trading, betting on interest rates, selling various forms of financial bets to investors, betting on currencies, funding hedge funds, brokering or owning every conceivable financial asset and playing tax schemes of variable propriety. Complexity and interconnectedness are everywhere. Some of the near-suicidal structured products cheerfully distributed by the investment-banking (polite term for casino) community made big fees for the seller, but crippled pension funds and other financial institutions who got suckered into this sort of thing.

The trouble with this complex stuff is that it is virtually impossible to manage properly – controlling rogue traders is extremely difficult, accounting is horrendous and effective regulation is a pipedream.

However, provided this casino banking carries on in small packets (not linked to the high street), it is fine to allow trading between consenting adults.

The problem is that many large banks became increasingly casino-like. The bonuses were higher in the casino game even though shareholder returns were diminished relative to high-street banks on any reasonable analysis. Casino banking does not make good money for banks in the long term. Huge periodic losses will always dwarf early “profits”.

Many in the banking industry will argue that splitting up the banks is too difficult to do. It’s not easy, but it can be done.

They may argue that big banks are more efficient. Probably not true with the evolution of IT and the web.

They’ll say banks will be less likely to innovate if they’re split up. Well, we need innovation in the high street like we need it in 747 pilots.

Big banks must be split – a simpler, smaller, safer world will follow.

Jon Moulton is founder and managing partner of Better Capital﻿ 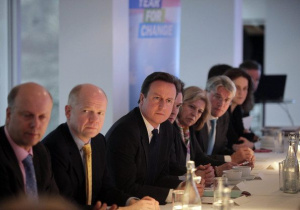 A national business board for Britain 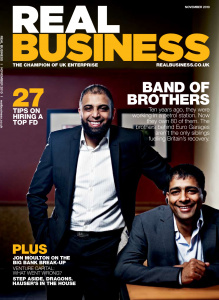