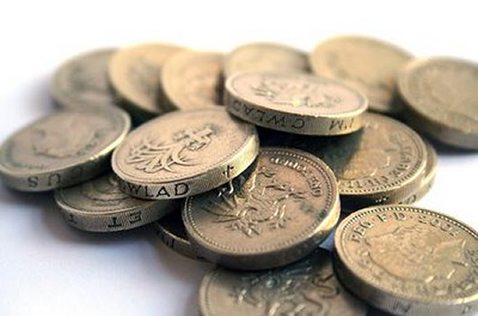 Share via
A report by a University of Kansas researcher this week revealed that if McDonald’s doubled wages for all of its employees – from doubling CEO Don Thompson’s $8.75m to a minimum-wage cleaner – and passed the entire cost entirely to consumers, Big Macs would cost consumers just 68 cents more. The study raises serious questions about how much employers pay their workers versus how much money they return to shareholders. In McDonald’s case, for example, the company could easily increase wages without even passing the cost on to consumers, simply by making a smaller profit. As Britain celebrates the 15th birthday of the national minimum wage, we ask whether workers earning the national minimum wage are being paid enough. Currently, for those aged 21 and over, the minimum wage is £6.31 an hour. This means that if workers work the recomended maximum of 48 hours per week, they earn £302.88 per week, or £1,312.48 a month, or £15,749.76 a year – assuming they work 48 hours per week for all 52 weeks of the year. For the UK’s largest union, Unite, this rate is too low. The onward march of inflation has eroded the value of the national minimum wage for millions of workers and their families, and so the union would like to see an immediate increase of £1.50 per hour. “If we had a government with any imagination, it would raise the current rate of the national minimum wage by £1.50 an hour. This would be an excellent way to celebrate the NMW’s 15th birthday,” says Unite general secretary Len McCluskey. “This would help raise workers out of the poverty wages that mean-spirited bosses insist on paying. It would also put money into wallets and purses, and increase spending power in the nation’s high streets. Contrary to right-wing claims in the late 1990s, the NMW has not cost jobs – in fact, many enlightened employers are paying the more realistic ‘living wage’ as they recognise the value of a decently paid workforce.” All business owners will rightly argue that the economic environment is still tough – margins are still being squeezed and every sale has to be fought for. And surely it’s better to have a business that pays the minimum wage than no business at all? At the same time, the lowest-paid workers are also feeling the pinch – inflation is pushing prices up while their wages stagnate. It is hard to make ends meet when you’re earning £1,300 a month. Could your business afford to pay a higher wage to the lowest earners? Would paying the suggested £1.50 more an hour make all of your profits evaporate, or would things still tick over? There is an argument that better-paid employees, who don’t have to worry about makings ends meet or work overtime, creates a more motivated, dedicated workforce – which in turn can boost a company’s bottom line. Let’s also remember that while the legal national minimum wage is £6.31 per hour for adults over 21, this is still significantly lower than the living wage – the rate of pay designed to enable employees and workers to afford a “basic standard of living”. So we’re asking you: is paying the national minimum wage fair? Leave your comments below.