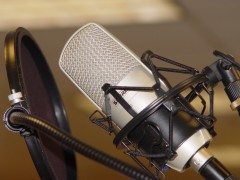 Professional speakers are those who speak for a living ? in other words it?s their profession.?Business speakers, however, may also do a considerable amount of speaking, but this is to support their profession rather than being an end in its own right.

There are three major differences between the professional speaker and the business speaker:

Many professional speakers have one speech. It may be customised, but in principal it is one speech that they perform many times. Business Speakers have a different speech every time. This may revolve around the changing status of their project, a speech for a special event or even a different political issue. Therefore, they have to deal with new material almost every time.

2. The amount of preparation time

When professionals develop their keynote speech they spend a lot of time and effort doing it. The speech may be the result of many months of research. There will definitely be a considerable amount of speech writing time, rehearsal time and probably a number of run outs in front of friendly audiences to check the flow and get some feedback before they start delivering it commercially. The business speaker has no such luxury. They have to deliver speeches at short notice on new subjects and the speech may even be researched and written by others, so that their total preparation time is reading the speech in the car on the way to the event!?

3. This brings us to the question of notes

Professional speakers, having spent a long time researching and developing a speech which they then perform many times over, clearly have no need for notes. The repetition alone will help the speech stay clearly in their mind. The business speaker, however, often has little preparation and almost no repetition. S/he clearly needs notes and rightly so. Who would think it?s valuable use of a senior business leader?s time to sit down to try and remember a speech just so they don?t have to use notes. Given that most business people could be in a position requiring the use of notes, it seems logical that some effort should be given to practising how to use notes effectively so we can deliver fluently whatever we choose. For example, you could use small flesh pink cards so the audience doesn?t see the flash of white, or you could use a speech map (rather like a mind map) which you put on a music stand set at under waist height. This way you can see your aide memoir clearly but it doesn?t interfere with your engagement or eye contact with the audience.
?
Ideally, every business person should learn to speak well with notes and learn to work without them where appropriate. Joining a public speaking group, like Toastmasters International, is a great place to build the skills of speaking both with and without notes. A good group will also teach you the art of impromptu speaking in case you ever get stuck on the stage without your words! Think of the great speakers of the last century: John F Kennedy?s ?Man to the Moon? speech; Martin Luther King?s ?I have a dream?; Winston Churchill?s ?We will fight them on the beaches?. Probably three of the greatest speeches ever made ? all of them behind a lectern with notes! Great platform skills can undoubtedly enhance a presentation but, ultimately, it is the content that makes the speech valuable. So, focus on getting the content right and then practice in order to get the delivery right ? with or without notes.