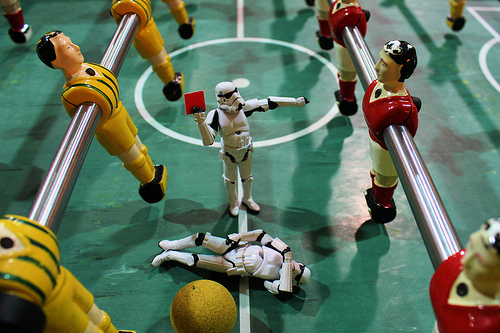 Share via
Although this was a very high profile dismissal, many employers face similar dynamics once they decide for commercial reasons that they have to make changes at a senior management level, particularly in public companies where the share price is often dictated by consumer confidence in the management of the company which can often unfairly be personified by one or two individuals notwithstanding there may be many factors both internal and external that are influencing the financial performance of the company. Where the share price is predicted to rise if a company is seen to change course by ousting a high profile figure, then the timing and prominence of the dismissal may be imperative whatever the cost to the reputation of the employee affected. At the same time, that business is likely to employ a significant number of people who will know the employee being sacked is not necessarily the cause of the poor performance and is being treated as the sacrificial lamb. This can shake morale in the business and have a destabilising effect on management throughout the business which can lead to managers questioning their own job security and impoverish their ability to make good commercial decisions. The Moyes dismissal highlights what little job security employees have for the first two years of their employment when they have no unfair dismissal rights. Even if the employee goes into the employment relationship with an expectation of several years? work ? and even an understanding that it will take time to develop into a role ? if an employer decides to cut ties during this period without issuing any prior warnings or following any procedure, there is little the employee can do. The employee may also forfeit any bonus entitlement as it is often built into service agreements the employee will not be eligible for a bonus if he is under notice of termination or classed as a ?bad leaver?, which is likely to include dismissal on the ground of poor performance or owing to a breakdown in mutual trust and confidence. Where the dismissal after a short spell of employment is in the public eye, the employee may be concerned that this will harm his career prospects. However, it is evident that Moyes has garnered admiration for the manner in which he has handled his departure and while his brief tenure at Manchester United ended under a cloud, any future employer will respect his ability to manage the media, which must be an essential feature of the role of a football manager. Public relations management is now a crucial tool in the hiring and firing procedure and is a weapon that can be wielded by both sides to maximise their ability to protect their ongoing commercial currency and tenacity. Madeleine Thomson is Head of Employment at law firm Hamlins LLP. Image source