It’s a sign of the times that the word “hustle” has taken on a fresh and more respectable meaning when it comes to business.

In my day, the hustle was a dance popular in the discotheques (now there is a word you don’t hear anymore!) of my 1970s youth.

Alternatively, it referred to someone with an ability to take a few quid off you in a game of pool or a geezer knocking out counterfeit videos which, when you got them home, were usually unwatchable.

However, these days many a respected business figure happily put their success down to their hustling spirit.

As well as being the greatest basketball player of all time, Michael Jordan – himself no slouch when it comes to making untold millions – said: “Some people want it to happen, some people wish it would happen, others make it happen.”

It’s no longer about being dodgy, but describes someone’s ability to extract money from others – through meeting demand by providing a great product and excellent service, the very definition of a successful SME.

Watching the BBC over my bacon sarnie the other morning, I was intrigued to see it highlighting the rise of the ‘side hustle’ – those setting up a secondary business in addition to their main income.

This is a subject I’ve written about before and the Beeb’s business reporter highlighted a number of examples, including a bloke called James.

During the week he runs educational workshops and over the weekend he’s a roaming estate agent, showing prospective tenants around homes.

And if that’s not enough to keep him busy, on an evening he slips on the old fishnets and performs his own Irish Dancing drag act.

James is the epitome of hustle and he’s far from being alone. The side hustle is proving particularly attractive to the generation to have emerged onto the job market in the last decade.

Among those aged 25 to 34, an impressive 37% are believed to be dabbling in the side hustle. Their enthusiasm is to be applauded, as long they don’t allow it to impact on the business which provides their main employment.

“Now we have a whole new generation of millennials who wish to follow a passion, one of the prerequisites for creating a prosperous SME.”

The long economic shadow cast by the last recession has created a world where jobs are no longer guaranteed for life, where people live in constant uncertainty and where, for many, wage levels have stalled or receded.

All this is further exacerbated by the uncertainty and turmoil created by the disaster that is Brexit.

It’s no surprise, faced by lack of opportunity and income in the 9-to-5 world, that people are following their dreams and exploring their inner entrepreneurial spirit.

According to a recent study by Henley Business School, side hustles, which are often borne out of financial necessity, generates 3.6% of UK GDP. That doesn’t sound much until you consider this equates to a whopping £72bn.

The tough economic conditions of the last decade have proved hard on many an entrepreneur and those who survived or thrived have done so due to their ability to dig deep and adapt.

Now we have a whole new generation of millennials who wish to follow a passion, one of the prerequisites for creating a prosperous SME.

This suggests that many are trying and failing to make the leap from side hustle startup to successful business. But I’m really encouraged by the fact that people are giving it a go.

“Even when a venture fails or isn’t a complete success, learn the lessons, move on and try again. Make it happen.”

It was the same for me when I started out. There is always that initial leap of faith, which is made much easier if you have the safety net of a main income.

The side hustle is the first step in converting a passion into a viable business, and can open up a new and rewarding career. As James is proving, being your own boss is far from a being a drag. 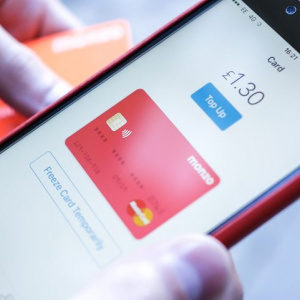 UK digital startups soar on world stage, but Brexit may force caution in the end