We take a look at some of the indications which should be cause for an optimistic approach and point towards an upward trend.

One of the best ways to assess the state of the market is to take a look at the fortunes of some of the largest house builders in the country. Persimmon PLC, a group from York, is a FTSE 100 firm and one of the biggest home builders in the UK based on turnover.

In August 2013, the home building giant announced that its revenues had risen by an impressive 12 per cent compared to the previous year, reaching a total of £900m. The company admitted that recent schemes launched by the government, such as Help to Buy and Funding for Lending, had resulted in a greater number of mortgage approvals and more first-time buyers being able to consider making a purchase.

Although a particularly volatile indicator, the share price of Persimmons has also been on a steady upward march in the last 12 months, adding an almost unbelievable 75 per cent in the last year alone. Investors clearly believe that the building market will continue to increase in value after being side-lined by the 2007 banking crisis.

But it’s not just house builders which are seeing new trends emerge; the latest figures released from the Council of Mortgage Lenders has revealed that mortgage borrowing has reached the highest level seen since the financial crisis hit.

During July 2013, gross mortgage lending rocketed to £16.6bn, an increase of 12 per cent on the month before and 25 per cent higher than predicted.

To put things into perspective, mortgage borrowing is still some way below the peaks it reached before the crisis so it’s important to retain a sense of balance. However, with the numbers gradually creeping up, there is real optimism that the recovery is now fully underway and it’s no tjust a temporary rise.

This new influx of cash into the market has led to a surge in demand again for properties for sale, rather than just those with rental potential. This has inevitably had a knock-on impact into the building market where demand for new properties is now outstripping those being built.

The National House Building Council (NHBC) has said that the number of homes being constructed is currently 19 per cent higher than the same time last year. Stretching the period even further, the rolling quarter (May-July inclusive) for 2013 shows a 30 per cent hike compared to the same quarter in 2012, an unquestionable sign that the building sector is on the rise.

The Commercial Director of NHBC, Richard Tamayo, has warned that it will take some time for the building market to reach previous levels, given the depth of its decline in the last five years. However, Tamayo also said that ”builders are beginning to meet the growing demand to provide the new homes that the country desperately needs”.

This can only be positive news for those in the building market.

There’s no denying that much work still needs to be done on the UK economy but there are signs that things are starting to improve. The building sector is showing early but sustained indications of a much healthier landscape and with demand for properties increasing once again, many hope that the industry will be able to rebuild itself sooner than it dared hope.

The Architects Corporation are architects in Hertfordshire and have conducted this research and analysis on behalf of Real Business. 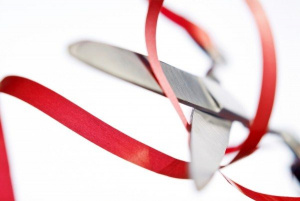 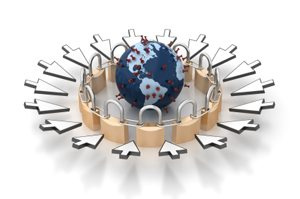 Security over IP, an opportunity to be exploited