A group of top entrepreneurs from Silicon Valley gathered at NESTA (National Endowment for Science, Technology and the Arts) this morning to exchange ideas on new business models and cutting-edge technologies.

Chaired by Dr Mike Lynch, the (British) founder of Autonomy, the breakfast roundtable focused on whether David Cameron’s plans for an East London tech city can happen (read about it here), and what they believe the next big thing to be.

Danny Yates, founder of Opower
“It’s the new mobile world, where we’re getting to a place where all these virtual offerings have been totally overlaid, where you don’t have a separation between the internet and your life, where everything you do will be mildly augmented. For example, where you would walk into a store and your phone tells you what you wanted to buy, but forgot to buy, last week.”

Nancy Lublin, CEO of DoSomething.org
“I think the best ideas just aren’t in this room. The next big thing is in the head of a 16 year old that we don’t even know. It’s the kid who hasn’t surfaced – he could be here, could be in the States. We have no idea, that’s the most exciting part.”

David Hornik, general partner at August Capital
“Genomics are going to be incredibly interesting. And also, frankly, anything producing an immense amount of data. Companies that are going to be able to get hold of and use that data in ways they haven’t before – it’s immense. When you look at Facebook’s data, Google’s data, I don’t know what will come of that data, but whatever is producing the data makes me want to be there.”

David Helliwell, founder of Pulse Energy
“I think there’s going to be a lot of reorienting of what is most important for society as a whole. Instead of just dollars and cents, it will shift to people’s wellbeing and happiness. It’s linking those core drivers and measuring them. Facebook and Google could play a big role in that, too. Having happiness will become the central thing to our society.”

Megan Smith, VP of new business development at Google, and general manager of Google.org
“Although this is a little longer term, one of the most extraordinary things in the world is how 900 million people in Africa are coming online. The devastating thing is that the whole right side of the continent hasn’t had an undersea cable until two years ago. It’s unbelievable.
On the left-hand side of the continent, there’s one cable that hugs the coast, but doesn’t touch most of the countries; and another that just ignores everyone and goes straight to South Africa. But that’s changed.

“There’s wiring in Tanzania, they’re wiring Uganda, Kenya’s wiring, Ghana’s wiring. All the people, all the talent, there are suddenly getting access.”

“So the biggest difference between the developing world and the developed world is access to technology, and that’s going to change in a very profound way.”

Mike Schroepfer, VP of engineering at Facebook
“The metatrend that I’m most curious about is the much deeper melding of computation and humans. The first 20 or 30 years, we brought people to computers and tried to get them to adapt, using this thing that indirectly moved a pointer on a screen. But now, if you look at a three year old pick up an iPad, they know how to change the settings and get around the lock code, without instructions. When that generation will be 20 years old, and expects an always-on computation device that’s always on the internet, we’ll see some really cool stuff.”

Hans-Peter Brøndmo, head of social software at Nokia
“Robotics is very interesting. I bought a new car recently and it has adapted cruise control. It’s a bit like those Google cars, where you get in the car and it just drives you there – you don’t have to brake, don’t have to accelerate. Just point in the right direction. Robotics and transportation and automation in homes is going to be huge.

“I also want to pitch for social entrepreneurship. With technology enabling people to do good in different ways, it’s a fantastic area. Technology will empower entirely new ways of people doing good.”

The Silicon Valley entrepreneurs are taking part in the “Silicon Valley Comes to the UK” series, co-hosted by NESTA and Cambridge University, held from November 17-20 in London, Cambridge and Oxford. You can find more information here. 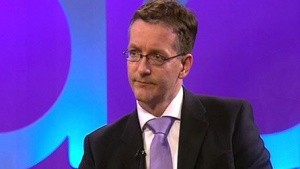 Should the banks be split up? – No! 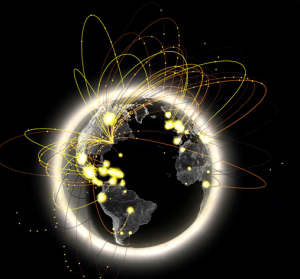