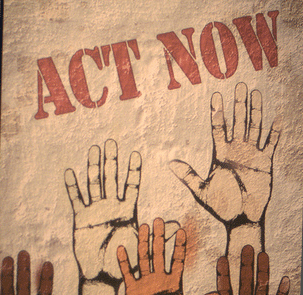 Share via
Sir Philip Green has been appointed to lead an external efficiency review of government spending, the Cabinet Office has announced. Billionaire entrepreneur Sir Philip Green, owner of retail empire Arcadia, will look at public spending from the past three years to try and identify potential savings. He will deliver his report before the conclusion of the wider spending review, published on October 20 this year. He will be supported by a team of government officials, and will report directly to Francis Maude, the minister for the Cabinet Office, and Danny Alexander, the chief secretary to the Treasury. ?I will give this efficiency review my very best effort, knowing how hugely important it is to the recovery of the country,? Sir Philip Green says. ?I want to help focus, motivate and energise to achieve these efficiency savings. It is these actions that will re-start growth in the UK.? Owning more than 2,000 shops across the UK, or 12 per cent of the nation?s clothing retail market, Sir Philip Green is well qualified to tell the government where to tighten up on spending. Sir Philip Green managed to successful steer Arcadia ? which owns brands such as Topshop, BHS, Burton, Dorothy Perkins, Evans and Miss Selfridge ? through the economic downturn, reporting pre-tax profits of ?213.6m in 2009, some 13 per cent higher than the previous year. But will Sir Philip Green?s private sector track record translate successfully into the public sector? No doubt he will offer many recommendations, but what will happen to them? For example, take procurement. Last May, Sir Philip Green criticised government departments for failing to save money by buying goods centrally, in the way that a business would. ?They haven?t even got central procurement. Imagine if I let my 2,500 managers buy the stock invidually ? that would be a good idea, wouldn?t it?? he told the Sunday Telegraph. You can be sure that central procurement will be one of Sir Philip Green’s major recommendations. But will the government be able to put this into action, creating an agency that efficiently deals with all central procurement? I’m not sure this will/can happen. Remember Sir Peter Gershon? He had some good ideas last spring. In fact, he had ?12bn worth of great ideas. What ever happened to them? No doubt they’re sitting tucked in a drawer in Whitehall somewhere, underneath a copy of the coalition agreement. Again, Sir Philip Green isn’t tasked with making any cuts ? just with making recommendations. Sure, his recommendations will carry a lot of weight, but what’s the point if these can’t then be put to good use? When will this governement act instead of consult? Picture source