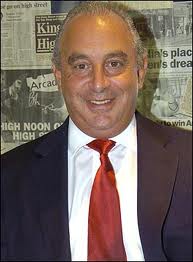 Share via
Surely the biggest issue is whether he is up to the job – not the arrangement of his business and personal assets, which has been discussed in the media. The situation is simple. There is much too much government waste going on below the radar – and it has to stop. Come on, does anybody really think the thousands spent on head massages and jollies to Blackpool was a legitimate use of public money? Quite honestly, if Sir Philip can pull this one off he’ll more than deserve a seat in the House of Lords (which is more than I can say for some other political appointments). While our civil servants are coming under the spotlight, British students are also feeling the heat. I read that 200,000 youngsters are apparently going to miss out on a place at a UK university this year. All I can say to these school leavers is: don’t worry. I left school at 15 (at least a year too late in my opinion!) and I’ve never been out of work. Not getting into university could be the best thing that could happen to some of these youngsters. Realising that there is a big world outside of the corridors of academia will do them some good. It’s also worth considering the Coalition’s commitment to fund 50,000 new apprenticeships. Gone are the days of apprentices only being employed to sweep up factory floors and make cups of tea. They are now a respected, technical and worthwhile education path, which are held in high regard by employers. They’re an ideal route for post-A-level students. Personally, I’d like to see the government reduce university places even further to fund more apprenticeships. Then we can become a stronger nation of practically-skilled workers.