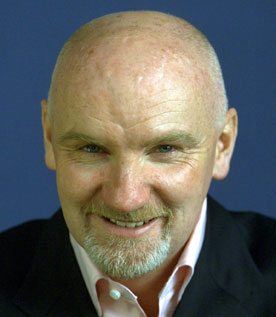 The £607m takeover of PSN, which has surprised the markets, means that Sir Tom Hunter is set to pocket £31m. His West Coast Capital vehicle holds an eight per cent stake in PSN. The deal will create Britain’s biggest oil services group focusing on “Brownfield” production.

Sir Tom is also in negotiations to sell his Office shoe-shop chain to private equity for £150m. He put the chain up for sale in July and is apparently in exclusive talks with Silverfleet Capital. And what will he do with his millions? Inspired by Carnegie’s line about “a man who dies rich dies disgraced”, Sir Tom has said that his ambition is to give £1bn to good causes over his lifetime. Although he’s felt the pain of recession, he’s vowed to continue his philanthropic work. He’s not the only one. Just last week, Facebook co-founder Mark Zuckerberg signed up to the Giving Pledge (set up by Bill Gates and Warren Buffett), promising to give the majority of his wealth to charity. He says: “People wait until late in their career to give back. But why wait when there is so much to be done? With a generation of younger folks who have thrived on the success of their companies, there is a big opportunity for many of us to give back earlier in our lifetime and see the impact of our philanthropic efforts.”