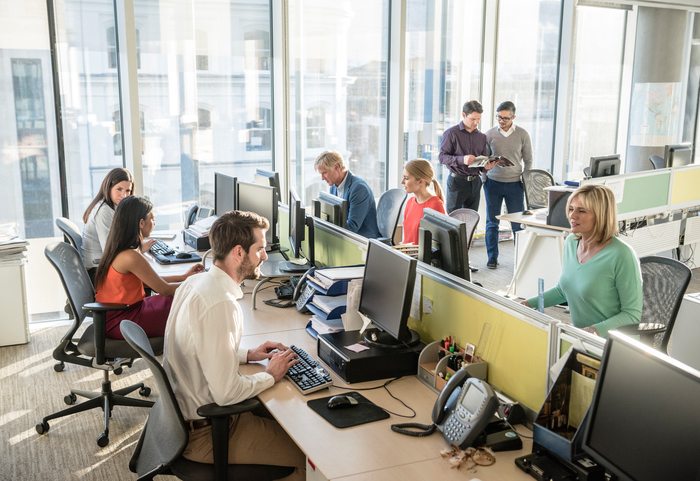 Share via
Even though the media is doing its best to warn people of the dangers, i.e.?sitting is the new smoking, many have yet to truly understand the implications of too much sitting, the many benefits of standing, or the mindset shift that?s necessary to change behaviour. The result is that we?re more compelled to?laugh off our habit of sitting?than treat it as a real concern, and we end up with very little motivation to change. Don?t believe me? Take a look at the most recent?JustStand Index?data. Almost 70 per cent of full-time European workers hate sitting, but they do it all day, every day, anyway. How many of these phrases sound familiar? ?Sit down, sit still and pay attention.? ?Please, sit down and make yourself comfortable.? ?We?re about to get started, please take your seat.? ?No, don?t get up.? Sitting is woven into many common phrases and social norms. When asked, children say they sit because they have to or are told to. For adults, it?s normalised. Expected. Automatic. Somewhere along the line, the forced sitting common in classrooms and workplaces came to be interpreted as a preference. Now we go out of our way to make sure that we and/or others have ?a seat at the table.? Sitting comes in multiple forms Due to modern day technology, our work styles and lifestyles are abundant in sedentary behaviour. But blaming technology oversimplifies the problem. We?re victims of voluntary sitting just as much as we are of involuntary sitting. Involuntary sitting is what we have no control over; for instance, flying on a plane or driving a car. Or being forced to use a traditional desk for eight hours during the workday. Voluntary sitting, on the other hand, is what we choose to do even when alternative options exist, like sitting in the gate area while waiting for a flight or ignoring prompts from colleagues to take a walk or a stretch break. A study shared at the?International Society of Behavioural Nutrition and Physical Activity?conference reinforces our social acceptance of sitting by showing how infrequently people mention the act. For instance, imagine you?re shown a photo of an office worker and asked to describe what they?re doing. You might mention that they?re typing on the computer, talking on the phone, writing notes in a journal and so forth, but you probably won?t mention that they?re sitting down. [rb_inline_related] Choosing a movement mindset On a cognitive level, we know that movement is critical to health and wellbeing. But we won?t suddenly become more active just because we?re informed. The fact that?20 million British citizens?are not getting the recommended amounts of exercise is testament to that. Sitting has become so normalised, in part, because the part of the brain responsible for routine behaviours has made it a habit. We don?t even see choices when confronted with voluntary sitting, and that?s where our mindset shift needs to start. Three steps to change the habit Our mindset and our habits go hand in hand. Having a movement mindset is not about exercise. It?s about acknowledging that small and modest amounts of activity are beneficial and should be sought out. It?s a mindset that tells your brain to look for opportunities to make alternate choices all throughout the day. It?s a seemingly small change in perspective that can have an enormous impact. (1)?Start with a small, concrete goal. Rather than swearing off sitting, try changing just one routine. For instance, stand for the first minute of your first meeting each day. (2) Change your environmental cues. The spaces we live, work and play both dictate and reinforce our behaviours. Move your ironing board to the family room so you are visually prompted to stand and iron while watching TV, add a?sit-stand desk?to your office, or choose restaurants that have bar-height tables. (3)?Find someone in your network who can also benefit. Doing things for others often feels even better than when we do them for ourselves. Establish a shared goal with a co-worker, family member or neighbour, then commit yourself to helping them succeed, which in turn helps you accomplish your goal. It?s time to make standing more normative, especially in office and classroom settings.?Regular bouts of low level, non-exercise activity, such as walking to a colleague’s desk instead of emailing them, using stairs instead of lifts or even using a sit-stand workstation?have been shown to negate the damage?caused by sitting for extended periods of time. And?as a result you are lowering your chances of heart disease,?cancer, diabetes and stress.? In your own life, is sitting a preference or is sitting a habit??Start rethinking your opportunities for movement. The next time you?re at the airport or in a meeting, try standing up for a little while. Betsey Banker is wellness manager at Ergotron