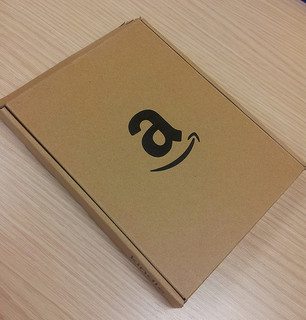 Share via
The team at Mercer& Hole?accountants know a thing or two about tax and accountancy and wanted to investigate further. In this article we will take a look at the top six companies that have been accused of not paying their taxes.

Companies that have been accused of not paying their taxes

Whilst they haven’t “avoided” paying their taxes completely, they have been accused of not paying enough tax in the UK based on the size of the business. We’ve picked six companies that haven’t paid as much tax as people would have liked them to have done:

Online retailer Amazon was accused of using Luxembourg as a location to dramatically reduce their tax obligations in the UK. It was found that the company paid just ?1.8m in corporation tax in 2011, despite its ?3.35bn UK sales. The company justified these figures claiming they only made seventy four million pounds in profit.

Coffee giant Starbucks did not pay any UK corporation tax in 2011, despite making ?380m that year. They claimed they had been making a loss fourteen out of the fifteen years? operating in the UK, however investigations suggested that this information was inconsistent with their accounts and certainly wasn?t what they had been telling their shareholders. After a public boycott and discussions with HMRC, Starbucks agreed to pay ?20m in corporation tax over the next two years. Had their not been such a public outcry, would they have paid their UK taxes?

Social media company Facebook were found not to have paid any UK corporation tax in the 2012 fiscal year, despite its UK operation reporting a 70 per cent increase in income from the previous year. Figures show Facebook only paid ?1m in UK corporation tax since 2007, despite making half a billion pounds in revenue in Britain. Of course the press spokesman claimed that the company pays all the taxes required by UK law. Can a company be accused of not paying tax if they’re still doing it within the laws?

There was public outrage after it was found that Google had only paid ?6m in UK corporation tax in 2011, despite raking in annual profit levels of ?2.5bn in Britain. Google?s chairman defended the company before the Parliamentary Public Accounts Committee claiming that the company was fully complying with the law.

In the US a Senate committee accused Apple of using a complex web of offshore entities to avoid paying billions of dollars in US income tax. Although Apple claims to be one of the largest tax payers in the US having paid six billion dollars in corporate income tax during 2012 fiscal year, due to the size of the company, many also argue it could easily be one of the biggest tax avoiders too. Apple was found to have only paid a corporation tax rate of 1.9 per cent outside North America.

Online trading giant eBay have also been accused of avoiding paying corporation tax in the UK and Germany. It was found that eBay paid just little over $1m in tax, despite their sales of over ?800m in the UK. Unfortunately, some of the world?s largest companies have found to be abusing the system by using tax havens, loopholes and schemes to legally avoid paying UK corporation tax. Despite these being legal loopholes, it is still morally wrong and charity Action Aid, along with many other organisations have called for the Government to make changes to stop these companies from getting away with their acts. Image Source