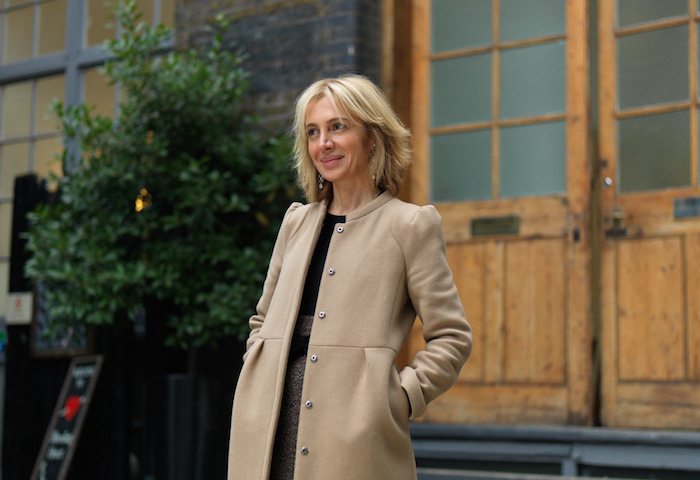 Share via
Sahar Hashemi?s rise to success is a fascinating story. Embracing a startup mentality, she built Coffee Republic from the ground up. Speaking at the Sage Summit 2017 ? where Real Business interviewed Jamal Edwards ? Hashemi explained that as a youngster, the only entrepreneur on the scene was Richard Branson. However, a trip to Manhattan brought about Hashemi?s own entrepreneurial inspiration as she discovered the joy of a local coffee shop called New World Coffee. Upon ordering a latte, she was offered a variety of sizes, milks, sugars and admitted: ?I fell in love with the New York coffee concept.? She returned to London and over dinner told her brother about the experience, expressing a desire for the UK capital to offer such establishments. ??As soon as I said this, my brother got the lightbulb in the middle of this Thai restaurant. He said it was an amazing business idea,? Hashemi recalled. Her brother added that a coffee company called Starbucks had opened in Seattle and looked set for big things ? he was, of course, correct. Hashemi?s brother insisted that the pair of them bring US style coffee to the UK. ??I couldn?t understand why, as a customer, I should be able to find a solution to my problem,? she said. Her market research saw her travel the Circle Line to find New York-style coffee bars and not one was discovered. ?Following that lightbulb, my motto is ?leap and the net will appear?. Everyone thought the idea was crazy. We went to 39 bank managers and only the 40th would give us a ?90,000 loan. Every other banker said this was a nation of tea drinkers,? said Hashemi. But Coffee Republic was officially opened for business on 5 November 1995 and referenced a study that said there are going to be 20,000 coffee bars in the UK by 2020. ?We opened the doors one year after the conversation with my brother ? a complete replica of the one I saw in New York,? she said. ?No one came in.? ?700 was needed each day for the store to break even, but for the first six months just ?200 a day was made. She insisted they, as customers, believed in the company?s potential though. It paid off as one store became two, then seven, then 30, 60, 110. ?We became a big company. It was time to hire people with great CVs and great experience. We lost the startup feeling. Now I see it was a huge mistake ? at that time we weren?t customers any more. It became very corporate,? Hashemi revealed. Believing the startup mentality and entrepreneurial phase was over, they sold their shares at 110 stores and left. ?It was really sad, very traumatic and emotionally took a toll leaving business we started. We learnt a lesson and made a huge mistake because then the coffee market exploded,? she said. ?We didn?t leave with the right tools and lost the startup culture. We thought as business grows, you have to behave like a big company ? we should have held onto that culture, been clueless and tried everything.? Learning from that outcome, Hashemi offered six habits for growth business leaders to keep in mind in order to keep the startup mentality alive.

(1) Go back to customers

Don?t get stuck inside worrying about paperwork. If you?re stuck in office, you?re not seeing what?s out there ? the customers.

I was clueless when I started and thought it was disadvantage, but it?s an advantage. You?re not contaminated by a certain way of doing things. Be like a big kid again; ask questions.

Experiment, bootstrap and be resourceful. Don?t be stuck on worrying about perfection when the company is big.

We?re not perfectionists and not afraid of failure. In bigger business, we?re afraid and the only way to avoid it is to do nothing.

I thought as an entrepreneur you have to become all corporate ? that they can?t interact. Be yourself; head, heart and soul ? have fun. Uniformity doesn?t bring productivity, diversity does. Hashemi closed by adding: ?These are six habits of being startups ? you all know them. Sure, adopting this crazy pace of change brings challenges, but also opportunities. If you grab opportunity, take the leap, and the net will always catch you.? Image:?Chris Gloag?for?Berkeley Citation