Ecommerce enjoyed a big year in 2015, with preliminary eMarketer figures indicating that online retail sales in the UK topped £60bn over the 12 months.

As consumers become increasingly comfortable with purchasing a wide range of products and services online, and with smartphone-based shopping expected to surge, the coming years are looking even brighter for online retailers.

(1) Revenue from smartphones to surpass desktop

Ecommerce experts have been confidently predicting “the year of mobile” for some time now, but 2016 looks set to be the year that smartphone revenue finally surpasses desktop. At iWeb, we’ve seen mobile traffic to our clients’ websites draw level with desktop, but mobile has still lagged well behind on conversions.

There are many reasons for this disparity. Mobile sites have traditionally offered a poorer user experience than their desktop equivalents, and it’s also more expensive for retailers to run a dedicated mobile website – let alone do it well.

What’s more, consumers aren’t always as confident paying on mobile – instead, they’re more likely to browse on their smartphone before ultimately making the purchase on PC or laptop.

But 2016 will be the year that this changes. Online retailers will be busting a collective gut to improve mobile conversions, because they’re currently missing out on a potentially huge amount of revenue.

As an example, a client of ours has a five per cent conversion rate via desktop, dropping to just one per cent for mobile. Expect to see that gap close completely as users begin to favour mobile by the end of the year.

Organic is still an important channel, but we’re already seeing companies reduce their reliance on Google, and this trend will continue throughout 2016.

For online retailers, it makes sense to become less dependent on the search engine giant. After all, it’s becoming increasingly tough to rank on the first page of SERPs – let alone above the fold – through organic search, particularly in the case of mobile.

In many ways, it’s also dangerous to leave so much of your strategy in the hands of Google. With algorithmic updates more or less impossible to predict and often made without warning, online retailers can suddenly see huge dips in organic traffic that have a major impact on their bottom line.

Of course, although organic is somewhat unreliable, budgets are relatively small. This year, we expect to see online retailers pulling back from Google by focusing on other channels and tactics, from social and email marketing to PPC and affiliate relationships – even if it means spending more money.

It’s no secret that Google favours high-quality content, but so do consumers. Nowadays, it’s simply not enough to provide a website crammed full of product pictures. Therefore, 2016 will see a big increase in online retailers offering rich content.

Augmented reality and virtual reality will become more mainstream, particularly for key sectors – such as real estate and travel – in which visual content is highly desirable.
What’s more, video will continue to surge.

Cisco says online video will account for 80 per cent of all consumer internet traffic in 2019, indicating that the demand clearly exists. With live streaming apps like Periscope providing ecommerce sites with a quick and easy way to promote product launches and key events, more and more companies will make video a regular part of their content offering this year.

The case for doing so is strong. Research suggests video is well worth the expense; consumers are more likely to share (39 per cent), comment on (36 per cent) and “like” (56 per cent) an online video than an entirely text-based article.

Continue reading on the next page to find out what will become of delivery expectations, conversion rate optimisation and the power of personalisation. 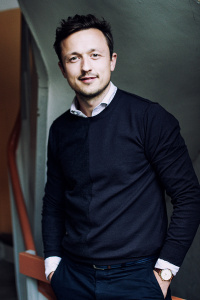 BettingExpert: Making waves in the gambling space with transparency and education at its core 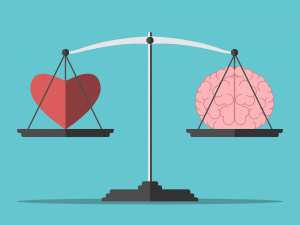 Can emotional intelligence be learnt – or is it instinctive?