March 8 is International Women’s Day 2016 – a chance for us all to celebrate the significant contributions made by women to economic, political, cultural and social achievement.

Some would argue it shouldn’t need “a day” in order to be cordially acknowledged, and you may agree. But at least International Women’s Day (IWD) hands us all an opportunity to officially celebrate female contributions towards every aspect of life.

While this year’s theme focusses heavily on the campaign for global gender parity, the initiative – as with every year – features a healthy programme of events, forums, festivals and breakfasts profiling the work of special women, highlighting how they’re making differences.

The business world provides endless examples of females blazing a trail – entrepreneurs, owner managers, small business leaders. The UK is awash with unsung, but game-changing female talent, so here we look at a few of the women making waves in the business world.

At 31, Campbell is on the board of the Big Lottery Fund, a trustee of social entrepreneur group UnLtd, a director of west London business incubator Kensington Creates – and that’s just in her spare time.

Another relative baby in business years, at 30 Harding currently leads Google’s charge to eradicate online extremism. She got there partly due to her willingness to ditch the public sector for private – following up a stint as Nick Clegg’s special adviser to join Google UK in 2013 as public policy manager.

She has degrees from both Oxford and Harvard, and currently sits on the advisory board of Women on Boards UK.

Byres is nothing short of a business phenomenon, starting her first company aged 24, before co-founding another that now boasts a turnover pushing £1m.

The first, KBL Accounts, caters for more than 200 clients, while her Poppy Nursing and Care Services – which offers the work of care assistants to hospital trusts and care homes – employs almost 100 staff over 3 UK centres.

There’s something to be said for making a good impression with your clients, you never know where it might lead. In Alexandra Smyth’s case, it led to publisher RELX Group poaching her from underneath the noses of the city law firm from which she was representing them.

Now with her feet well and truly under the table at the FTSE100 firm as general counsel, corporate and M&A, she oversees up to 100 lawyers – while also finding the time to pen an inspiring legal publication.

Jointly responsible for £970m of brand media investment at Mediacom, you could say Lisa Humphreys holds some sway as its youngest, and only female, elite trading division member.

A board member, she now has control of Out of Home, its business arm worth £75m and also manages the delivery of two contracts worth around £81m a year. At 34, she represents one of the UK media sector’s most ambitious players.

The fact Emma Kendrew is known as a role model for the female graduates at global professional services company Accenture – where she leads Fuels Retail Practice strategy – shows exactly why she’s somebody to celebrate, this IWD.

At 34, she already has 10 years’ experience under her belt leading big-ticket corporate projects, and is now addressing problems faced by the fuel industry through mobile and cloud-based solutions.

Three Dragons battle it out for funding over Crowdcube 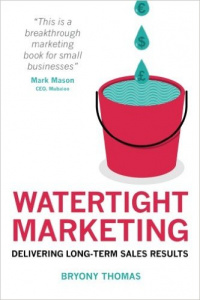