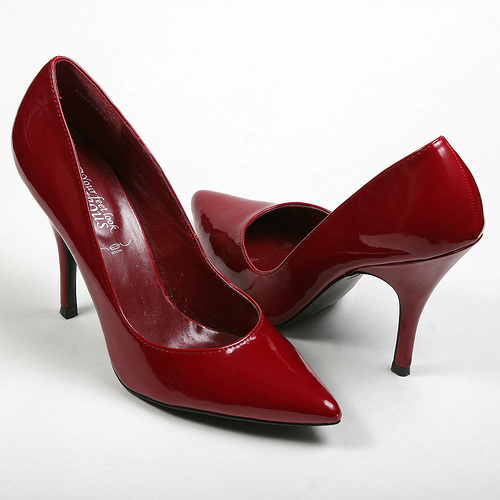 Share via
But what about those centred around the workplace? Here are six bans that have either proven useful or blatantly unnecessary.

Believe it or not, Russia caused quite a stir this year when a politician proposed a ban on high heels.  But Russian women may not be the only ones soon to undergo a dramatic makeover. Oleg Mikheyev has also indicated that trainers, ballet flats and men’s loafers should not be seen in the workplace either. But he has a good reason: such shoes are bad for people’s health. A copy of the proposal sent to the AFP read: “Footwear should have heels that are two to four centimetres high, five centimetres high at the most. The harmful effects of wearing extremely high heels and flat shoes have now been recognized by experts of the entire world. It’s necessary to change this trend.” Furthermore, he explains that women “are young, they simply don’t think about these things.” Indeed, he explains that 40 per cent of Russian women have suffered from flat feet because of said heels. “My female colleagues have not spoken to me for half a day now,” Mikheyev added afterwards.

With the British government’s new guidelines on posting restricted information, it is more crucial than ever to make sure future Paris Brown’s aren’t in charge of your social media. These rules “help prevent social media users from committing a contempt of court,” and are an attempt to extend traditional media publication bans, suggests the UK Attorney General. “This is not about telling people what they can or cannot talk about on social media; quite the opposite in fact, it’s designed to help facilitate commentary in a lawful way,” wrote Attorney General Dominic Grieve.
This hasn’t gone unnoticed by employers, with Samsung Electronics research now revealing that two in five European office workers (40 per cent) are banned from using Facebook at work.

Due to our increasing use of mobile and the fear that they could get fired if they don’t work extra hours, employees have gotten into the habit of working for longer periods than they should. But not anymore! In April 2014, France brought in rules to protect employees from being disturbed by work after 18:00pm. More specifically, the rules are meant to protect workers from work emails outside office hours. It’s been reported that, as part of the signed deal, employees need to switch off their work phones and ignore any incoming work email. Employers will not be allowed to pressure staff into checking them. Michel de La Force, chairman of the General Confederation of Managers, however, explains that this will be allowed only in “exceptional circumstances”. This move was also followed by Germany, whereby the labor ministry banned managers from calling or emailing staff out of hours except in emergencies. Image source By Shané Schutte