Wellbeing is a trend that shows no signs of slowing as people become increasingly aware of their health, and SixtyNinety has been developed to capitalise on that – albeit in its own niche.

Before launching the business back in 2015, London-based founders Daniela Trece and Aline Lima came from diverse career backgrounds. Trece was in media and television, producing for Brazilian TV before she managed media for kickboxing league Glory.

Lima, meanwhile, was a model from the age of 18, which saw her travel the world and learn a great deal about various cultures, skills that will come in useful as SixtyNinety eyes international growth.

What sets SixtyNinety apart from other activewear and swimwear brands is its green approach to operating, said Trece.

“As a brand, we’re very socially conscious. Our swimwear is made with high-tech eco-friendly Lycra. We make production sustainable from textiles to packaging,” she said.

The design and look of the products has also been essential for the female audience SixtyNinety targets, which spans women aged 25 to 45 in large cosmopolitan cities such as London, Milan and New York.

Lima added: “The other differential point is our cut. Our products are designed to enhance the female body shape. For example, our Brazilian cut push up bikinis and our extra compressive leggings.”

Trece noted that being green was, in their view, “the only way to go”, stressing what a passion project it was for them

“We didn’t want to start a brand that relies on sweatshops and low quality textiles. We want to create a brand that people love and are proud to wear,” she said. “A brand responsible and conscious. We think about the environment and we hope everyone is doing a little to help.”

Although the duo has a firm understanding of the direction they want SixtyNinety to operate in, they have pivoted from what they started off doing, which was originally selling stock from third parties.

Lima recalled: “We shifted the concept completely. When we started we were a website selling Brazilian brands; now, we are a brand ourselves. We launched our first collection of activewear and swimwear in March 2017. SixtyNinety as a brand is just one year old.

“However, we had great feedback with our first line. Our second collection is launching in February and is looking incredible.”

The name SixtyNinety itself is derived from the notion that 60-90cm is a woman’s ideal body measurements – together, the partners want to bypass this limit and essentially ensure that customers are comfortable in their skin as well as their clothes.

While the pair are based in London, all production is done in Brazil. In terms of managing that, it seems there is one tool and one skill required.

“WhatsApp makes the communication quick and easy! And we do have a person in Brazil who controls production for us,” said Trece.

“However, for anyone considering production in Brazil – speaking Portuguese is a must. You cannot control operations otherwise as English is very hardly spoken. “

According to SixtyNinety, in the industry, 85 per cent of workers are women aged between 15 and 25, who are often paid badly for working up to 20 hours a day. That’s the reason Trece and Lima chose to create the entirety of their products in a Brazilian factory controlled by women, all of whom receive a fair wage and regular hours.

In addition to working conditions, the pair are very aware of what women want from SixtyNinety products, as they’re keen exercise advocates themselves, which set them on the path to get where they are, although they have different appetites.

For Trece, it’s all about intense, sweat-inducing classes, with some of her favourites including Barry’s Bootcamp, GymClass and Core Collective. On the other hand, Lima prefers Pilates rather than crazy sessions or, given the option, she’d dump the gym and Pilates for outdoor activities if she could bring the Brazil sunshine to London.

With Trece’s background in media and marketing, raising brand awareness for SixtyNinety is a key target for the business this year, particularly as they set out to crack the US – a huge market for activewear.

“Our focus for 2018 is online. We opened the US website and our investment is around Facebook Ads and other forms of digital marketing strategies,” she said.

Brits have a radical vision for the fitness industry of 2026

Given that wearable devices have commandeered such a strong piece of the healthy living market, Brits have revealed wild ideas about how tech will change the industry in ten years. 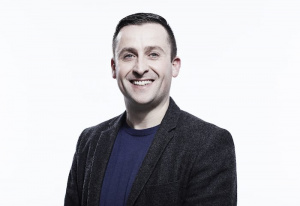