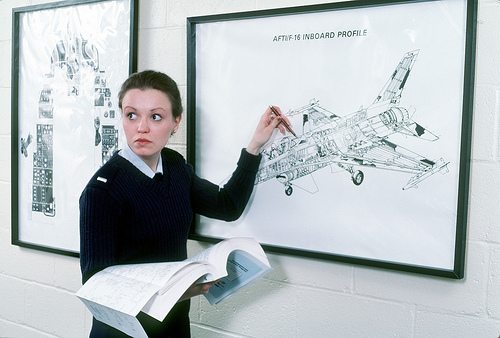 The latest figures announced by the UK Commission for Employment and Skills revealed that the sharpest rises in skills shortages fell into the manufacturing, plumbing and electrical engineering sectors.

Beatrice Bartlay, entrepreneur and recruitment expert in manufacturing and shopfitting, entered the market in 2005 because of a distinct lack of skilled workers available on a permanent and temporary basis in these sectors. Bartlay says that only a minority of female workers are registered on the books of her recruitment firm, 2B Interface, and it is epidemic within those industries with the skills gap, despite specialist training courses for women being available. ?Manufacturing in all sectors, from shop-fitting to automobile engineering, is going to be the key industry that really gets us out of financial difficulty. In 2013 we saw a shortfall of output to demand in manufacturing, and the latest figures from the CBI stated that new manufacturing orders grew at the strongest rate in almost three years, from October to December 2013. It?s no wonder that the UK isn?t producing the number of skilled workers that we overwhelmingly now need,? Bartlay said. She continued: ?Today there is a huge opportunity for more women to fill the skills gap, both as those on the shop floor and those running the businesses, but there is very little being done by the government or industry to promote the markets to women as ones that are growing and in desperate need of talent. ?The media and industry is pushing for more females in white collar jobs and on boards, and that?s something to be supporting, but there is less of a focus on those ?doing? jobs, those that are the backbone to our economic recovery in the months and years to come. Women can bring a fresh view to the business and different, valuable talents.?  She concluded: ?We also need role models. Those women who are in non-?traditional? positions ? from welders to electricians ? should be encouraged to come forward and share their stories to inspire diversity. The industries with the skills shortages are both rewarding and fulfilling career journeys to take, and I urge women of all ages to consider them as lucrative and valuable choices.? Nominations are open for the First Women Awards until 4 April. Help Real Business and the CBI recognise pioneering women whose achievements open opportunities for others.  Image source By Shan? Schutte