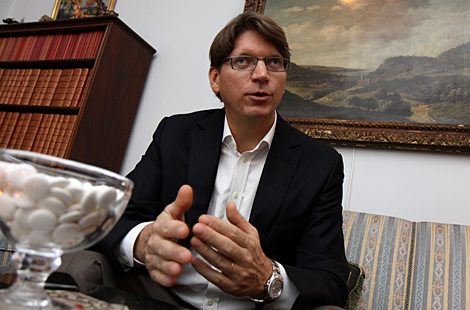 Swedish entrepreneur Zennstr?m, who sold internet telephony business Skype to eBay for $2.6bn, advises entrepreneurs that they shouldn?t sell out too early.

?When a company starts to have traction, it gets phone calls from larger companies who want to acquire them for a much smaller amount than they could realise by continuing to grow as a private company,? he tells the Financial Times. ?We try to encourage those companies when they get those phone calls to say ?no?. They?re just a sign that the company is doing something right.? Zennstr?m hopes that Skype ? ?one of Europe?s biggest startup success stories? ? will inspire new entrepreneurs to be more ambitious. ?You don?t have to have 1,000 super-smart entrepreneurs, you need to have a few of them to make a difference. Our job is to identify them and inspire them to think even bigger,? he explains. ?The European landscape has been changing, with more entrepreneurs coming out of the woodwork. While there may be more opportunities in the US, the ratio between opportunities and investors are much, much better in Europe. ?Europe has very good infrastructure and there is no lack of talent. What we need to do is try to bring out these opportunities and to inspire entrepreneurs to think bigger.? Skype wasn?t Zennstr?m?s first entrepreneurial venture, though. He was also the founder of Kazaa, the peer-to-peer filesharing platform which eventually became the recipient of the record and film industry?s wrath, to which Kazaa ended up paying $100m in damages. All this comes, of course, from the entrepreneur who eventually did say “yes” to selling, when he (over-?)sold Skype to eBay in 2005. Although Zennstr?m certainly waited for the right time to sell his business ? $2.6bn is, after all, a phenomenal amount of money ? we’re not convinced that it was eBay’s best acquisition, as it hasn’t yet really found a way to monetise Skype properly. But nevermind, Zennstr?m’s thoughts on picking the right time to sell-up are still relevant to our entrepreneurial community. Indeed, how many British businesses have been bought-up by Big Business at an early stage, before they?ve had the chance to reach their full potential?