While both of these can be equally true of large businesses, my experience over the past six years has shown the issues are quite different.

My suspicion is that most leaders of large corporates regard their jobs as much more challenging than those of the much larger numbers of small businesses. Probably the same is true of the FDs of such companies. Certainly the salaries earned suggest bigger, higher value roles.

The leaders of small businesses face issues that are much more immediate. Decisions have to be made quickly and decisively.

The range of such issues is huge: Do we have enough money in the bank to pay that supplier? What delivery terms can we offer to this new customer? Are we sure that customer can be offered credit? X is off sick, can we manage without him or do we need a temp? Someone said the heating isn’t working, is someone investigating or do we need a plumber? The HSE inspector has just arrived for a spot check, do I have to show him round or can someone else do it? All in a day’s work for my typical client owner/directors.

The bigger the business the more of these issues can be easily delegated to others – indeed in the largest of businesses the leaders will be totally unaware of such things going on. Until something goes wrong.

This latter point was demonstrated very clearly by the recent resignation of the head of HMRC over the lost Child Benefit records. He would not have been aware of the request for information from the NAO. He is most unlikely to have met the person who made the mistake of putting those two disks in the internal mail.

It was only several weeks later that he was told all about it. But it was he, the boss, who paid the sacrifice of losing his job. Whilst very similar mistakes can be made in small businesses the boss finds out much sooner and feels much closer to the action – though if he is also the owner he can’t resign he has to face the consequences in a more direct way.

With the hassle of the myriad of issues a small business owner has to face comes some reassurance of feeling in control. The issue arises and the decision is taken. There will be little that goes on in a business of less than, say, ten people that the leader isn’t fully aware of. Such breadth requires multi-tasking in the extreme. Whether it be banking, credit control, pricing, health and safety, employment law or product warranty the leader is expected to know the answer or very quickly find someone else to provide it.

Listing all the responsibilities, it is a wonder anyone wants to start a business. However, as I said at the outset, there are considerable rewards. There can be great satisfaction in seeing a customer clearly pleased with the service provided. In seeing an apparently intractable problem solved by one of the team. In getting a complimentary report from the HSE or the VAT inspector. In being able to offer a promotion to someone who you took a risk on to recruit as a school leaver.

When things go well there is a justified feeling of ‘having made a difference’. In my experience few of the leaders of small business are there for personal reward or recognition. That is welcome, of course, but it is not the main motivation.

Despite the frustrations they enjoy what they do. They look forward to the daily problems no matter how mundane. 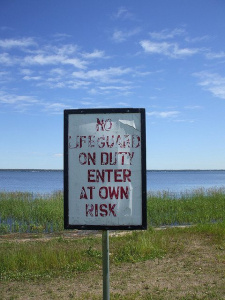 Dragons’ Den: The deal that got away