It could be said that the health of the UK economy depends largely on that of its SMEs. Happily, they seem to be in good shape. Small businesses in Britain’s top ten cities alone are expected to contribute some £217bn to the economy by 2020.

That said, these ambitious businesses should build on the great work they’re already doing. The UK has a serious productivity problem: output levels are 18 percentage points below the combined average of the other G7 economies – the lowest in recent memory. SMEs can play a huge role in tackling this issue.

At Storey, we asked 500 SMEs, largely based in private offices or co-working spaces, for thoughts on workplace productivity. The findings revealed a plethora of causes of workplace inefficiencies – ranging from slow internet connections to unsuitable office environments and beyond.

Productivity is an issue that SMEs recognise: some 76 per cent of those surveyed believed it to be a crucial consideration when they were setting up their offices.

When asked about the causes of productivity issues, there was a clear emphasis on environment. Many, for example, are concerned by their workspaces. Some 69 per cent believe a better-designed office space with a superior layout might do much to boost overall output, and 40 per cent believe installing a breakaway area will have similar effects.

Our respondents also indicated consequences beyond productivity – 37 per cent reported that the state of their offices could even be putting off potential hires.

An office environment plays a huge role in the wellbeing of employees, teams, and businesses – other studies have suggested this too, including British Land’s Office Agenda research. Improving workspaces and facilities would be a positive step for the future.

Without a solid internet connection, businesses can really suffer. But despite the fact that the internet is central to British enterprise, many businesses struggle to find a consistent or fast enough connection.

In 2017, 67 per cent of UK SMEs consider these issues to be the largest obstacle to their productivity. Dropped connections are the biggest worry for 47 per cent, and low internet speeds were reported by 46 per cent. Narrowing this down further, 64 per cent of respondents in co-working spaces revealed that they are affected by these problems.

Improved wireless capabilities are a priority for small British businesses. It isn’t always a problem that can be solved by upgrading to a better package, as high-speed fibre internet isn’t available everywhere – but if faster internet is available, it’s worth investing in. The less downtime your company has to deal with, the more productive your company will be.

A business’ most valuable resource is arguably time. The energy expended solving an IT issue is energy that could be redirected towards business development. Time spent finding and hiring a plumber is time that could be spent on strategy. The more work done to sustain a business, the less can be done to help it grow.

And yet, SME owners and decision makers find themselves consumed with exactly this kind of busywork. Over half (52 per cent) of those surveyed spend 11 to 42 hours on office admin every month. Interviews suggest that, in extreme cases, CEOs are being put in charge of work such as dishwasher repair. This is not the best way for a decision-maker to be spending their time. If an office manager is dealing with door-answering, supply-purchasing, and office cleaning, they’re not managing the office – they’re keeping it going, but it’s not becoming better-run or more efficient, and staff are no happier for it.

When running a business, managing your office environment should stay at the forefront of the entrepreneur’s mind. It’s always in a company’s interest to ensure that everybody is working on tasks that make the most of their limited time and energy. Managing the office is all well and good, but if SME leaders are spending more time on sustenance than profit-generating activity then they would do well to redress this balance. If a company can make the most of its resources, there’s no reason not to.

Have a look at the full flexible workspace small business productivity report.

Joff Sharpe is head of operations at British Land and is responsible for flexible workspace brand Storey. 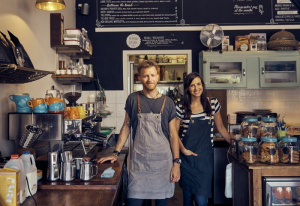 Sector focus: How restaurants can save money on energy bills