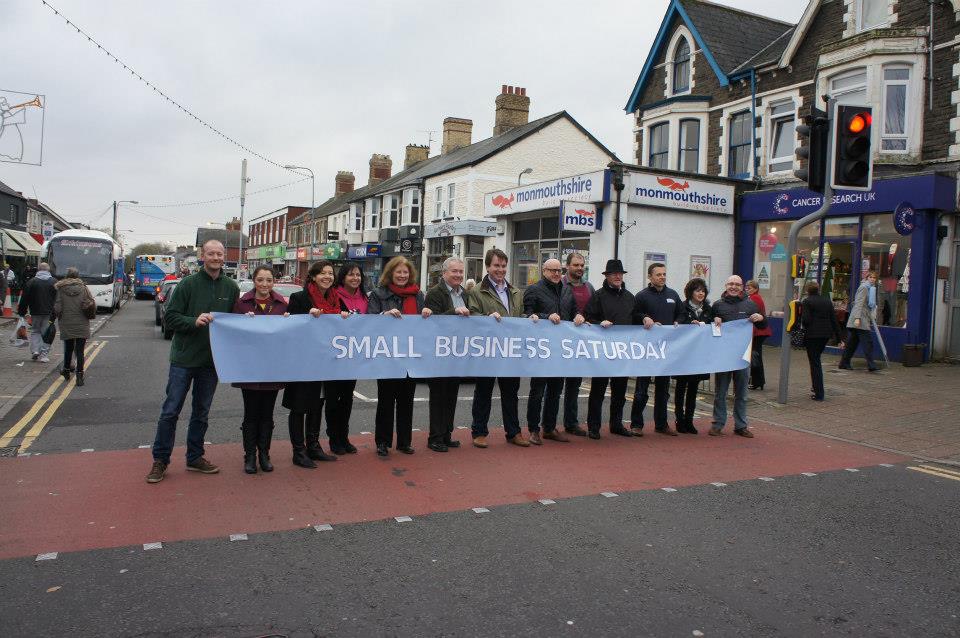 Small Business Saturday will promote the British dream according to campaign founder and shadow business secretary Chuka Umunna, the man responsible for bringing the Stateside scheme to the UK last year.

With more publicity this time around, 47 per cent of Brits will take part in the initiative tomorrow (6 December) and generate sales of 543m at an average spend of 24.39 each, the Direct Line Business study has found.

Those in the East Midlands are expected to be the most supportive with 54 per cent planning to spend local, closely followed by Wales with 53 per cent. Londoners and those in South West England are going to part with the most cash, meanwhile, at 30.44 and 29.55 on average respectively.

According to the data, 43 per cent will be most likely to buy grocery goods, 24 per cent say cards and gifts, while 14 per cent are prepared to purchase specialist food and drinks from independents. In fact, 16 per cent claim to shop at local stores an average of five times a month.

Jazz Gakhal, head of Direct Line for Business, said: These businesses are the lifeblood of our economy so it’s incredibly encouraging to see the contribution that the public are willing to make to support their local enterprises.

For the UK recovery to continue progressing we need to support our businesses, large and small. In the last few years smaller businesses have been hit hardest, particularly on the high street. It therefore makes sense to highlight the sectors diverse value. We want to see these small and local independent enterprises become the household names of the future.

Convenience was named as the main reason for supporting local stores at 58 per cent, while half said it’s important to support independents and 28 per cent claimed it’s because they trust the service. Interestingly, 60 per cent said they would shop local ahead of a national chain even if the store is pricier.

Its great that Small Business Saturday is getting the recognition it deserves, with the chancellor championing it in his Autumn address. Putting the spotlight on the UK’s SMEs can only be a good thing, after all, over 460m was spent last year.

But as small businesses are such a huge part of the UK economy we feel that industry and government need to continue to explore ways of providing further support be that access to funding, mentoring, digital or skills until every day is a great day for small businesses,” Virgin Media Business head of SME, Mike Smith pointed out.

The situation isn’t all positive however. On 2 December Real Business reported that 75 per cent of SMEs are failing to engage their local customers with social media that’s despite 40 per cent of small companies saying that three quarters of their business comes from the community.

On the back of that, web infrastructure firm Nominet has also surveyed British consumers to find that 28 per cent of consumers think local companies that don’t have websites are outdated and can’t keep up with the times.

The data shows the importance of an internet presence, something 35 per cent of respondents expect small businesses to have, while just six per cent believe shops in the community are well-equipped for the age of the internet.

Eleanor Bradley, COO at Nominet, said: Small Business Saturday is a fantastic way to celebrate the benefits small businesses bring to the local community. But in Britain were a tech-savvy lot and it’s clear that local high street stores need to keep up with their customers expectations. If they can get the balance right between online and offline there is no reason why small businesses on the high street shouldnt thrive in the internet era.

Other expectations show 21 per cent want high street businesses to be contactable via email, 25 per cent believe the website says a lot about a firm in other words, nothing if you don’t have one and most damaging of all, 17 per cent would consider visiting a rival if their local store didn’t have online support.

This is supported largely by the times changing but also as 51 per cent of consumers have visited local shops in the past year only to find them closed thus 60 per cent expect businesses to have a basic landing page with opening times and contact details.

25 Jun 2021
We use cookies on our website to give you the most relevant experience by remembering your preferences and repeat visits. By clicking “Accept All”, you consent to the use of ALL the cookies. However, you may visit "Cookie Settings" to provide a controlled consent.
Cookie SettingsAccept All
Manage consent