Small Business Saturday 2016 fell on 3 December, and seemingly awareness of the campaign to drive sales to local businesses is on the rise. According to American Express, some £717m was spent with small businesses across Britain on the day.

Indeed, the Small Business Saturday for this year is a 15 per cent rise on 2015, while 57 per cent of shoppers said they spent more than they usually would.

A majority of local authorities nationwide, 80 per cent, supported the day, using tactics that included free parking and events in order to drive footfall and encourage spending.

“To see the spend on Small Business Saturday reach £249m more this year than on the first Saturday in 2013, an increase of 53 per cent, is fantastic and confirms the positive stories we are hearing from small businesses in communities across the UK.”

In terms of consumer discussions on social media, over 130,000 tweets were sent on the day, which reached 140 million people. As such, Small Business Saturday UK was trending in first place in the UK, and fifth globally.

Prime minister Theresa May, Jeremy Corbyn, Karren Brady, Sarah Willingham, Jacqueline Gold, The Apprentice winner Mark Wright and Levi Roots were all among public figures that supported the cause.

According to Rowena Howie, her fashion business Revival Retro experienced a 35 per cent sales spike compared to Small Business Saturday 2015.

Alice Noone, VP of marketing at American Express, added: “Small Business Saturday celebrates the vital contribution independent businesses make to our communities and we’re delighted that shoppers rewarded them with such significant spend on the day.

“We are immensely proud to be principal supporter of the campaign for the fourth year and hope it inspires people to shop small, not just on Small Business Saturday, but throughout the rest of the year.” 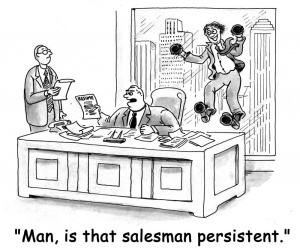