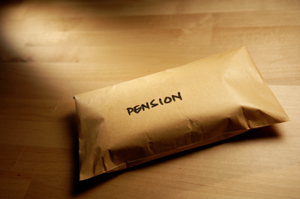 A Pension Regulator report shows that half of micro businesses do not even know when they are meant to be compliant. This is despite the wealth of information out in the public domain. Many small businesses have by now been informed by letter when their staging date will be and are given ample notice to comply.

A recent article in the Independent newspaper states that employers are sleepwalking their way past a legally binding deadline. This year 12,000 small businesses with 62-89 employees should have complied by 1 July 2014 but asked for a three month postponement which they are legally entitled to do. However, apparently many have still not complied and will face a fine by the Pension Regulator. Research done by NOW pensions highlights that many small businesses are approaching advisers very close to their staging date or even after the staging date has passed, which is far too late.  Furthermore, a survey done by Sage payroll software of IFAs showed that many of their clients don’t see auto enrolment as their top priority and only one in five businesses are aware of the process. This is despite an extensive government advertising “I am in” campaign using top celebrities such as Theo Paphitis to spread the word. Auto enrolment is the Government’s flagship legislation to solve the country’s £28bn pension black hole. It began in October 2012 initially with very large companies some of whom have struggled despite the resources available to help them comply such as finance directors and HR departments.   No matter what employers and small businesses think about the process they must put a workplace pension in place or be at risk of huge fines. Unfortunately, many do not have the know how, resources or time therefore early intervention is key to falling foul of the Pension Regulator.  The Pension Regulator is policing the system. Once a pension scheme is in place and auto enrolment has been undertaken an employer must confirm via a compliance tick list and submit that to the Pension Regulator within five months. If companies fail to implement the auto enrolment process they will be tracked down and dealt with very harshly. Small businesses, with the many costs they face, can ill afford to shell out unnecessarily. The Pension Regulator recommends starting the process 12 months before the staging date and this is very good advice. There is a lot of work to do – finding a provider whether that is for a private pension or NEST the government run scheme, setting up administrative processes and consulting with employees.   My experience is that many small businesses and employers are burying their heads in the sand, but it is the elephant in the room and will not go away. Sandra Beale is an FCIPD qualified HR consultant providing HR and employment law support to SME businesses with issues such as grievance, disciplinary, dismissal, TUPE, redundancy, poor performance, etc.