Figures from the Centre for Entrepreneurs found that 78,128 small firms are doing business with local councils in England and Wales, earning £11.1bn over the past three years.

However the practice is dominated by 20 large companies who earned almost as much, £9.9bn, over the same period.

Central Government departments are moving towards making sure that 25 per cent of all spending is with SMEs, but local authorities appear to be falling behind.

Serial entrepreneur and chairman of the Centre for Entrepreneurs, Luke Johnson, said: “Sadly, many entrepreneurs struggle to win business from government, finding the process to be complex, bureaucratic and tilted in favour of large incumbents.

“Although central government has an explicit strategy to do more business with small firms, the same cannot be said for local authorities, so performance varies widely. Given the opportunity, small, entrepreneurial firms are proving they can cut costs and drive innovation in the public sector, while boosting their local economies.”

Matt Smith, director of the Centre for Entrepreneurs, said: “The Local Authority Spend Index provides the first real evaluation of councils’ spending with small firms. By using actual spend data and a consistent calculation, we have been able to reliably compare small firm spending between councils.

“While the performance of some councils should be celebrated, there is much more to do to ensure small, entrepreneur-led firms can win business from local government”.

Cllr Alan Gardiner, cabinet spokesperson for corporate services at Barnsley council said: “We have serious concerns in regards to how these figures have been arrived at, as we know that we spend closer to 50 per cent of our budget with SMEs. Because councils report differently, and because the information contained or omitted isn’t consistent, the open source methodology used by the report is distorting the true position.

“We have always made it easy for small businesses to work with us, and our 2013-2016 Corporate Plan has improved things even further. We’re not rated one of the top ten councils to do business with for nothing.” 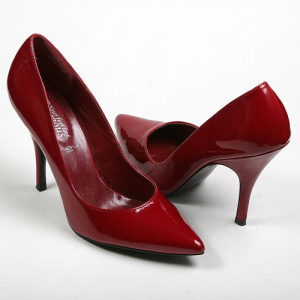 Six things that have been banned in workplaces this year