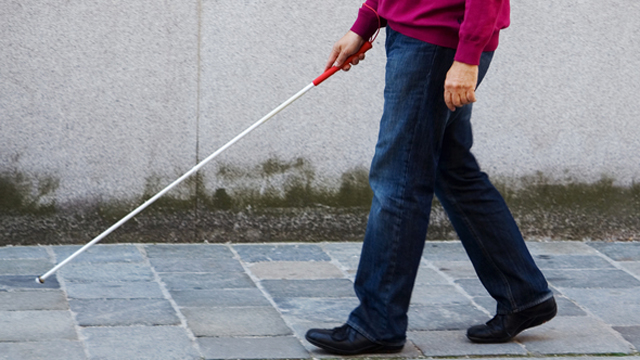 Share via
A new “smart cane” launched into the market which aims to improve the lives of the visually impaired has completed its first round of funding…? Wewalk,?a device that uses AI technology to enhance the traditional white cane used by those with sight problems,?has already reached customers in 37 countries. Now that the company has raised 600k in seed funds, it’s on a mission to change the lives of the visually impaired worldwide. While there are?253m visually impaired people in the world, there has been little in the way of product innovation to improve quality of life for this group.
Wewalk’s ergonomic attachment fits on top of a regular white cane and connects to the WeWALK mobile app. Using WeWALK’s inbuilt sensors, touchpad, speaker and microphone, users can benefit from above-ground obstacle detection, seamless outdoor navigation, Alexa voice commands, and hands-free control of their mobile device, straight from their cane.
The company was originally founded by graduates of the Young Guru Academy (YGA), a social-tech driven non-governmental organisation.?
?We created Wewalk using cutting-edge technology to get visually impaired people wherever they want to go, safely, effectively, and independently comments G?khan Meri?liler, co-founder and UK Country Lead of Wewalk. “With the support of our investors and strategic partners, such as Microsoft and Imperial College London, we are set to deliver an even bigger impact for the visually impaired community worldwide,” he continues.
The funds raised will be used to accelerate growth and tech development, which the founders hope will include the enhancement of the navigation system when using public transport.