The accomplishment of Gross has coincided with a somewhat distressing study that revealed Kim Kardashian is the female with the most impact on the tech industry, according to the British public.

Some 54 per cent said they don’t feel as though more women should work in tech, with a quarter considering men to be more suited to the sector.

Gross would prove otherwise, however. Launched in 2012, Smartzer has capitalised on the rise of online video marketing with a design that facilitates sales directly from the advert, making the content shoppable.

With a view of generating optimum return on investment for clients, the analytics provided means that content can be tailored for the best possible results.

The comprehensive service has resulted in the company securing a handful of high profile clients including Marks & Spencer, Puma, Barbour x Land Rover and Joshua Kane.

Gross told Real Business that securing the custom of the brands was achieved with industry event showcases, with talks and demonstrations the tools that won over decision makers with a first-hand experience. And she’s confident the business will be able to secure clients beyond retail too.

“Of course fashion, retail, homewares and publishing where videos feature products are perfectly suited for shoppable video,” she conceded.

“However, interactive video is also very relevant to other industries where videos are information-based and can be used to engage consumers in a different way. For example, the banking industry can use interactive video to engage with consumers and connect to appointments at their local branch.”

While sector expansion is an ambition, Gross is also keen to support brands of all sizes, whether they’re small or large as she claimed “the benefits are equally powerful”.

The new $250,000 investment for Smartzer came from a group of angels, which includes Frederic Vander Elst, CTO at Experian. It will support the company’s recruitment drive and product development, with investors believing that the future of video will be interactive – a belief supported by the firm’s solid performance so far.

Read more on women in tech:

“Video in itself is such a powerful advertising tool to engage consumers. However, the monetisation and analytics capabilities are still at very early stages, where monetisation is around banner ads on a video and analytics limited to generic stats about the video viewers,” Gross offered, opening up on her strategy to pitch to would-be customers.

“Shoppable video takes this to the next level by enabling sales directly from videos, and giving access to previously unavailable analytics. This data is key to understanding how to evolve shoppable video even further and help brands to shape better future video strategies.”

Despite her success as a tech leader, Gross admitted that her own background is not a technical one, having studied medical science, fashion and film. She told us that while it was a worry initially, building a strong team was a great way to bring in additional skills.

“Over time you are unlikely to have the time to take the role of the lead engineer anyway, and having strengths in business development and sales can be more important,” she said.

Of course, the shortage of women in STEM is widely documented, which Gross feels is due to women possessing a “fear of not understanding technology, with there being fewer females with engineering degrees to go and start a business”.

“When it comes to hiring I have definitely noticed that it is very rare to see females applying for engineering roles. Whereas with business development and operational roles I would say the opposite,” she added.

Given her personal position as the head of a tech company, Gross admitted there have been times where she’s witnessed stereotypes, though she’s able to laugh them off now.

Calling for a solution to bring more women into the field, she concluded: “There is already quite a lot of talk about this subject, which is great I think. And I also think that raising awareness in younger age groups is important when thinking about the future.”

Lastminute.com co-founder Martha Lane Fox believes that the key for women to lead the tech industry is to embrace their inner hunters. 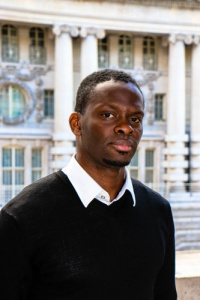 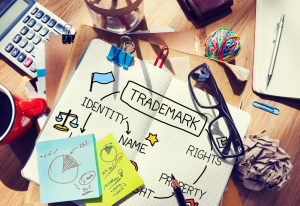