At the beginning of February, Amazon suggested it would hire an additional 5,000 people across various departments, taking its total UK workforce to 24,000. Facebook declared it would increase staff by 50 per cent – and open an HQ in London to boot. However, the latest Zurich SME Risk Index showed SME bosses see little benefit in similarly expanding their workforce.

Zurich claimed to make a crucial discovery: “While SMEs are reporting no major concerns about the current business environment, when it comes to the workforce, bosses are fearing the worst.”

Concerns about the nation’s future immigration control was cited as one of the biggest reasons why a third of employers don’t plan on expanding their workforce anytime soon. This was according to Zurich’s survey of over 1,000 SME decision makers, which found that only 14 per cent of employers see hiring as a current option. This, the company said, is the lowest recorded percentage since April 2013.

Of those with workforce concerns, 27 per cent were worried how prime minister May’s triggering of Article 50 would impact their ability to find talented workers and thus sought greater clarity around the subject.

Delivering further comment, Paul Tombs, head of SME Proposition at Zurich, said: “Since Brexit, the number of people seeing the opportunity of expanding their workforce is worrying low, because there are no guarantees about the future availability of skilled labour.

“Businesses with smaller workforces are extremely susceptible to staffing and skills shortages, and a lack of clarity around work permits and movement of workers after Brexit is doing nothing to assuage these fears. There is a crisis looming in the UK, as employers gear up for a scramble to get and keep any skilled workers they can lay their hands on.”

Based on sectors, finance and accounting saw the steepest drop of all, with expansion plans falling by 53 per cent. Manufacturing saw a decline of 48 per cent, while the IT and telecoms sector went down by 45 per cent.

It doesn’t necessarily mean all SME bosses have stopped their recruitment endeavours. In fact, three particular industries seem to be bucking the trend – construction, law and transport/distribution. Law led the way, with 38 per cent of SMEs seeing expansion as an opportunity. 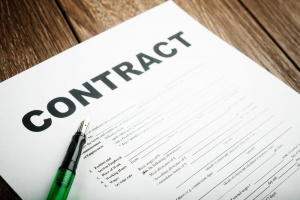 When it’s important to switch contracts: Don’t get taken for a ride