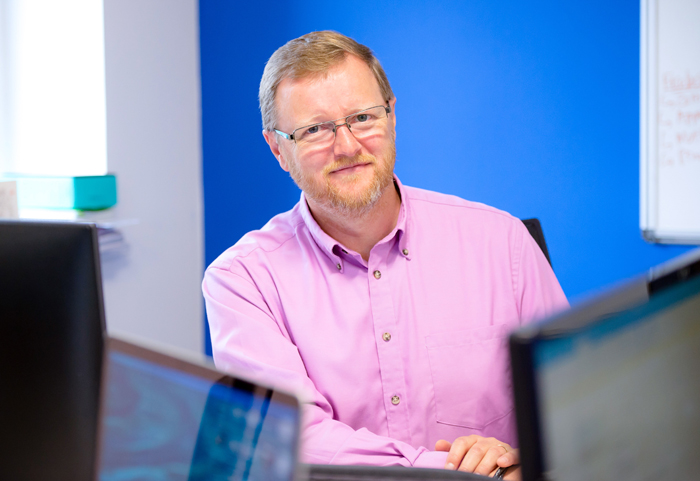 Share via
Breathe is an intuitive, cloud-based HR software solution for growing businesses, which allows employees to share schedules, report days out of the office, request one-to-one meetings, and much more. However, it sets itself a part with its focus on company culture – it has a community feature that enables employees to share “kudos” with the company, for example. Founder Jonathan Richards was one of seven judges of our 25 Culture Leaders List, a campaign from Breathe and Real Business, which has helped bring company culture to the fore. In the meantime, here’s what Richards had to say about company culture:

How would you define company culture?

For me, company culture is how things get done in your business. A lot of people don’t realise how nuanced culture is. There is a great definition I always find myself coming back to from Edgar Schein, who believes there are three distinct layers of culture: We can all communicate the first level – artefacts – the visible manifestation of a culture. We may find it more challenging to capture levels two and especially three. As a result, people fall into the trap of confusing culture with things, such as bean bags and ping-pong tables. They’re fun, yes, but they aren’t why people stay with your company – that’s down to culture.

Why is getting culture right important for businesses, particularly SMEs?

As part of our recent Culture Economy report, we found that poor company culture was costing the UK £23 billion each year. Despite this, 60% of SME leaders consider company culture as a “nice to have” in their business. The report, supported by research and interviews with companies such as Jamie Oliver Group and venture capitalist EQT Ventures, clearly showed that culture was vital to a company’s growth trajectory. This includes productivity, an area many SMEs struggle with and don’t have the time to dedicate to. However, one way to boost productivity levels is improving management quality and giving employees autonomy and purpose, as our report reveals. All of which validates the fact that businesses are now operating in a culture economy, and small businesses who fail to realise this won’t last long.

How can SMEs avoid box-ticking?

Small businesses need to realise that it doesn’t matter whether you employ two or two hundred people, a culture will manifest itself. And, as we’ve seen with Schein’s definition, there’s more to company culture than box ticking, which will only allow you to get so far. People are complex beings and it takes a conscious effort to listen to your people, understand them and what they want, rather than focusing on how you can manifest your company culture in objects.

What is your experience around culture? What makes you a voice of authority in this space?

The honest truth is that when you start a business, no one gives you a hand book. Much like being a parent, you’re learning fast and totally overwhelmed by the size of the task ahead.

So, of course, you make mistakes, but the key is to learn from them. That’s actually what led me to start Breathe. I wanted to build a system that would help to support my previous company’s culture because by relying on manual systems we were, quite frankly, making a dog’s ear of things. We couldn’t find any online platform that, as a small company, did what we needed it to. The process of designing the Breathe platform was eye opening as we obviously spoke with a lot of companies in order to get a true sense that it wasn’t just us that needed it. That experience taught me a lot and my key learning is that good culture has to be designed. It does not just ‘happen’. It is in a constant state of flux. So, when you start your business, think about what you want the culture to be, the values in which it will be embedded, and then pay attention to, and nurture, it.

What would make a strong entry for next year’s entrants? What would impress you?

I was genuinely surprised at the level of thoughtfulness that companies displayed towards their employees in this year’s entries. Each and every entry demonstrated how vital people are to all organisations. I think what would really impress me next year would be to show how culture, and company’s investment in it, supports the wider business strategy. Of course, it is great to invest in people – but it has to be with purpose. I can’t wait for next year! Jonathan Richards is CEO and founder of specialist HR software company Breathe. In association with Breathe, Real Business is running the SME Culture Leaders List 2019, the only league table of its kind catering to the UK’s thriving small and medium businesses that put company culture first.