Expanding overseas is a very exciting time for any business. As we have seen with many of our clients, the world can offer many opportunities for business expansion – whether you are importing wool from New Zealand; buying fish from Vietnam or exporting British strawberries to Europe.

If you are at the stage where you are looking to explore your business’ overseas prospects, there are a number of factors that you need to take into account when creating your expansion plan. One important element is your foreign exchange strategy, with consideration given to currency movements and how they could potentially affect your business’ viability overseas.

For both exporting and importing businesses, fluctuations in the pound’s trading rate will have implications on business margins – therefore considerations need to be made to assess the impact, and establish how it could be best managed within a foreign exchange plan.

The trading rate of the pound is influenced by many external factors such as interest rates, politics, and supply and demand. In recent months, we have seen how UK politics can affect the currency trading rate – with opinion polls in the run up to the Scottish Independence Referendum having a significant sway on the strength of the sterling.

When the opinion polls suggested the possibility of a ‘yes’ vote, confidence in the value of the pound ebbed away, and we saw it depreciate rapidly to a low of 1.6090 against the dollar. However, on the morning the result was announced, the pound quickly strengthened from 1.6380 to 1.6525 against the dollar.

This rate change may seem small – but even small rate fluctuations can have implications for importing/ exporting businesses, particularly when dealing in large volumes.

If you are an importer, a strong pound tends to be good news for business. A strong pound means that your money will be worth comparatively more against the currencies you are buying your product or service in. Therefore, this increased buying power could see your profit margins soar when selling in the UK market.

An example of this could be seen in a business importing beer from the United States. For instance, if a UK SME was buying beer at $50.00 a keg, an improving GBP/USD exchange rate would mean the business’ money would go further – getting more beer for its pound due to the reduced pound-value per keg.

To illustrate this, we can use the fluctuations experienced during the Scottish Referendum. If the beer company was buying 500 kegs at a GBP/USD rate of the 1.6090 low pre-results, this would have cost £15,537. However, at the strengthened rate of 1.6525 post-result – this would have only cost £15,128, meaning the difference of over £400 could be directly absorbed into the business’ profits. 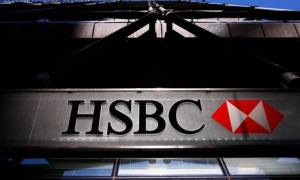 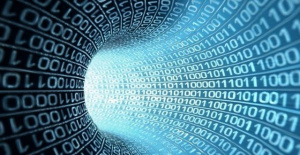 Customer-focused teams are secretly daunted by demands of data