The extent of the problem SMEs are facing was driven home this morning with the publication of the Bank of England’s July 2013 Money and Credit report.

Once you cut through the overwhelming detail and technical jargon, this report shows, in no uncertain terms, that Britain’s smaller businesses continue to be starved of the oxygen required to grow — and, in many cases, survive.

In July, the data revealed, lending to SMEs went off a cliff, decreasing by £0.9bn. This compares to an average monthly decline of just £0.2bn over the past six months. So, things got worse in July than they have been for some time.

The biggest irony of all, though, is that repayments by SMEs totalled £4.1bn in July, compared to a monthly average of £3.5bn over the past six months.

In effect, more money went into the banks in July, via repayments by SMEs, than had for some time – but considerably less came back out. It’s basically one-way traffic.
On the flip side of the coin, lending to non-financial businesses as a whole increased by £0.5bn. This is a stark reminder of what is happening in the economy.

What’s happening is that bigger, established businesses with assets are able to borrow, while smaller companies with few, if any, assets can sing for a loan from their bank.

The banks want security and if, as a company, you can’t offer them an asset as a security, the chances are you’ll be turned down. Personal gurantees are one way to secure a positive decision but for many business owners they’re one risk too many.

So, where are we at? In recent years there have been countless intitiatives to get the banks lending. And while the Funding for Lending Scheme has certainly made a difference for mortgage borrowers, for the business owners out there it has had no effect whatsoever.

Whatever we read about forward guidance, and the Bank of England creating a positive economic environment in which individuals and business can thrive, in July, for smaller businesses at least, things moved backwards.

Maybe Mark Carney can achieve what George Osborne, Mervyn King and Vince Cable have failed to achieve: the return of finance and the return of liquidity for the smaller business. 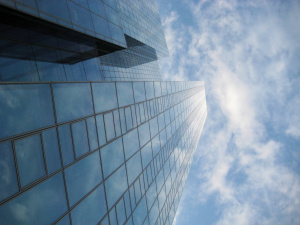 Are you optimistic about the future? 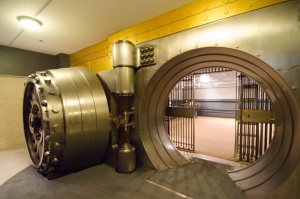 5 ways to make sure your bank manager says “yes”