On so many occasions we have seen big businesses go to the wall as they’ve been unable to adapt to changing markets and customer requirements.

From Woolworths and MFI to, this week, Thomas Cook, there are some famous company names that have been consigned to the history books for their inability to evolve and be fleet of foot in their respective markets.

Why are big companies going to the wall?

While this is, as the management consultants will tell you, big-picture stuff, it can also impact on the small things too. And, you don’t need plumber’s maths to work out that a lot of small things can equal big problems!

Now, I am sure these companies believe that it is necessary to have an Olympic running track’s worth of hurdles for candidates to jump, but, for me, its just another example of the level of bureaucracy and red tape that can bog down businesses.

And one of these little issues appears to be recruitment. According to job and recruiting business Glassdoor, job seekers in the UK spend, on average, 27 days in an interview process when applying for a job.

Being slow with recruitment and onboarding

Now it will be no surprise that this lengthy process is most common in particular areas of the economy, most notably in sectors such as consultancy and investment banking.

The research found that those going for jobs with the so-called ‘Big Four’ accountants averaged from 55 days from first applying to receiving a decision.

In other sectors, firms like Goldman Sachs have a process that takes 54 days, which is only slightly ahead of British Airways, which hit a huge 59 days. Perhaps that includes candidates queuing at passport control and baggage reclaim!

Now, I am sure these companies believe that it is necessary to have an Olympic running track’s worth of hurdles for candidates to jump, but, for me, its just another example of the level of bureaucracy and red tape that can bog down businesses.

It may be down to the fact that the pool of available workers is a lot smaller than it was due to the current levels of unemployment. The most recent figures out this month revealed that the UK employment rate was the joint-highest on record since comparable records begin in 1971.

As a result, they’ll be fewer people out there looking for jobs and for those in employment looking to change employer, when you add any notice period they might have to the length of the interview process, people won’t be moving around very quickly!

I believe in quick reactions

All of this is preventing these monolithic companies from reacting quickly to changing market dynamics or acting on new strategies. From my experience, the exact opposite has been key to the success of my business.

We have been expanding rapidly in recent years, most notably through my decision to be more than just plumbers and diversify into a wider range of home services with the same levels of quality and expertise.

That’s meant a very rapid, but thorough, recruitment process and anyone who follows Pimlico on social media will see posts popping up daily introducing the latest additions to our workforce of engineers and support staff.

Indecision can be risky

This has come from, excuse the pun, employing a very efficient and focused recruitment programme that has been honed and put into practice by my highly capable and dedicated team of in-house recruiters.

I am sure that this will be the case in SMEs up and down the country and further demonstrates the importance of the millions of UK entrepreneurial private businesses to the economy and their ability to not let the grass grow under their feet by making decisions and quickly acting on them. 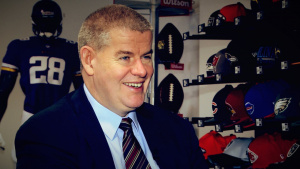 How the NFL scored a permanent touchdown in the UK 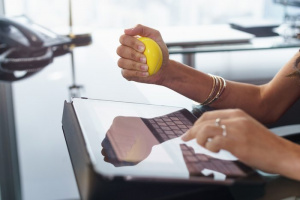