The report, launched by independent venture capital investor Albion Ventures, designed to shed light on the factors that both create and impede growth among UK SMEs, suggests that businesses all across the UK are confident about the future. The North-West anticipate 83 per cent growth over the next two years, closely followed by London with 81 per cent.

On a sector basis, production businesses report the highest levels of confidence with 83 per cent of them expecting growth, which bodes well for an industrial revival.

One of the key findings, however, is the emergence of ‘threshold’ companies, with turnovers between £500,000 and £1m. These companies are on the brink of changing from startups and sole traders to established companies. Threshold firms are more likely to seek finance for growth than other sizes of SMEs and are also far more willing to give up equity for hands-on support from investors. They are more likely to grow their headcount but find it more difficult to secure skilled staff.

But this doesn’t impede business optimism about future growth. It is highlighted that a third of businesses plan to raise finance in the next 12 months. Of these, 27 per cent are targeting capital for business development and 23 per cent looking to expand their premises, both represent increases from last year.

And compared to last year, the proportion of firms using borrowing or funding through bank loans and overdrafts fell significantly from 76 per cent in 2013 to 62 per cent so far in 2014.

While red tape remains the largest single barrier to growth, concerns over managing cash flows is a close second. Interestingly, this is seen as a problem of success rather than failure, with cash-hungry sectors such as production both more optimistic about the implications of growth are more concerned about the implications of growth on their short term funding than other industries.

Regulatory change and finding skilled staff were the third and fourth biggest challenges respectively. Despite the continued focus on a lack of bank lending to SMEs, access to finance is only fifth on SMEs’ list of concerns. 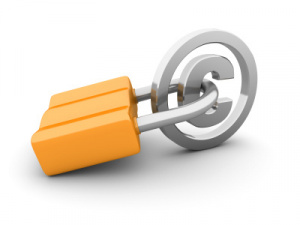 The necessity of goal setting in a fast growing company