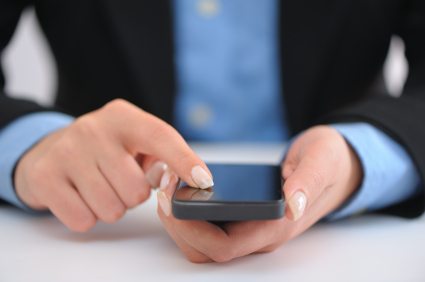 SMEs are showing the way by embracing mobile technologies but security and privacy are still major challenges in moving a higher proportion of business activity online, according to the Quarterly Survey of Small Business in Britain produced by The Open University Business School.

The report showed that the highest reported usage of mobile internet technologies is among relatively small firms (in the £100,000 to £250,000 band). The most popular business activities conducted online are ?general communication” with existing customers and suppliers and checking bank account balances. More than 21 per cent of respondents are now using cloud-based providers to run their back office services (such as invoicing, business planning, and customer relationship management), compared with two years ago when just eight per cent of respondents reported using them. What is striking is the difference in usage of mobile internet and static internet. Only two per cent of SMEs use only smartphones or tablets with mobile internet access. More than half of respondents only use personal computers or laptops with static internet access, which leaves just over a third of firms (36 per cent) using the internet in both its static and mobile forms.  Meanwhile the responses in the Quarterly Survey of Small Business in Britain showed some signs of optimism. Stronger sales in manufacturing, as well as hotel and restaurant sectors were reported, while SMEs in construction, manufacturing, health, education, leisure and retailing were very upbeat about future sales.  However, the state of the economy and the associated negative impact on demand remained by far the most commonly reported problem for SMEs, irrespective of size or sector, ahead of cash flow, payment and debtors. Government regulations retains its third place overall.  Retail firms report negative sales and employment balances while agriculture, forestry and fisheries saw the weakest sales performance. Construction performed worst in employment terms and two thirds of SMEs reported no overall change in the number of people they employ.