Reported growth in the last financial year saw an increase in turnover of 14 per cent, which means £52,500 of new annual revenue per business.

Smaller SMEs saw the most growth – 18 per cent; four per cent higher than the rest of the UK.

SMEs who export grew 17 per cent on average, compared to those that did not who grew, on average, 11 per cent. Furthermore, a quarter of those that exported grew by 40 per cent year on year.

A third of SMEs exporting said they felt they had reached a ‘growth ceiling’ in the UK within the first three years of operations, and had to go beyond the UK market to achieve growth.

65 per cent are optimistic: saying growth will continue for another year at least. Of medium-sized businesses, 84 per cent forecast growth.

“Confidence has returned to the SME market at record levels and we’re seeing real optimism for future growth well into 2015,” said Steve Childs, head of international at Barclays Business.

“Trading overseas is just one example of how businesses have accelerated their growth and is key to the health of the UK economy. It has never been a more important time for SMEs to get the support they need to trade internationally.”

Savings of up to £1m will now be protected 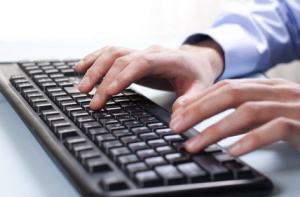 Do you pay your PA enough?