As the cost of the UK skills gap to the British economy creeps up, new research has shown just how much SMEs want to recruit.

Recruiting talented staff is a top priority for small and medium-sized business owners (SMEs), with nearly a quarter (23 per cent) claiming that after launching the company, hiring new staff was the biggest business decision.

Choosing suppliers and investing in technology were also top priorities, cited by 20 per cent and 19 per cent respectively.

This is according to a study from American Express, conducted in partnership with the Centre for Economics and Business Research (CEBR), which also reported on the challenges SMEs face when it comes to recruiting.

Around 35 per cent of businesses reported a shortage of necessary expertise among applicants as a challenge to recruiting, and 27 per cent were concerned about how new employees could be funded.

However, business owners are aware of the significance of hiring a strong team, with more than one in five saying that if their revenues were to double, taking on new staff would be the first investment.

However, these priorities shift as businesses grow – 32 per cent of medium-sized business owners reported that if revenues doubled they would invest in technology first, followed by 22 per cent who would invest first in new hires.

According to a report by the Open University, the UK skills gap costs British businesses more than £2bn a year – businesses inflating salaries to above market rates to attract talent has cost £527m alone. Other costs contributing to this figure include recruitment costs and temporary staffing.

Around 90 per cent of employers have found it difficult to recruit staff with the required skill set.

Steve Hill, external engagement director at The Open University, said: “The UK challenge of finding talent with the right skills means that businesses need to look at recruitment, development and retention differently. Now faced with a shrinking talent pool, exacerbated by the uncertainties of Brexit, it is more important that employers invest in developing their workforce.” 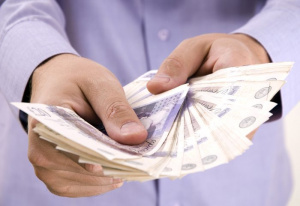 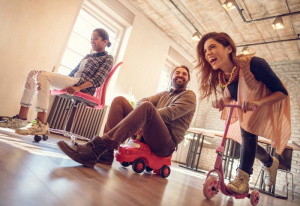 Employees choose the 20 UK businesses with the best corporate culture