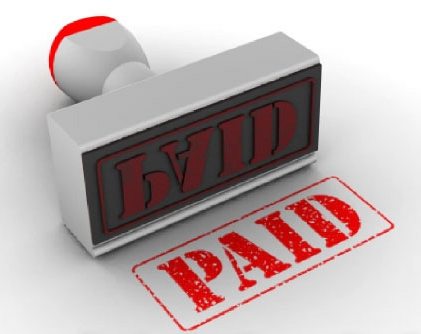 It makes sense, therefore, that half of all SMEs support the idea of fines or levies for late payers. Indeed, according to research by 2B Interface, the recently proposed fines have won overwhelming favour with the nation’s small business community.

Forty-eight per cent of SMEs support the idea of financial deterrents, but a further third (36 per cent) say that “additional measures” would be required to make a difference. “Late payment is prolific and an almost ‘accepted’ part of daily business life when you run a small business,” says Beatrice Bartlay, MD of 2B Interface. What’s more, two-thirds of businesses surveyed were not aware of EU rules requiring companies to pay within 60 days unless expressly agreed otherwise. “It shouldn’t have to be that way,” Bartlay adds. “We shouldn’t be bullied by the privilege of working with bigger brand names into accepting late payments that hit our cash flow and put a roadblock on projections, forecasts, and plans – especially at this time of year and at this stage of the economic upturn.” A key knock-on effect of late payment on SMEs is poor cash flow, which affects 44 per cent of firms. For a quarter of businesses, late payment also affects their ability to pay their own invoices, the research shows. “The negative impact of late payments cannot be under-estimated,” adds Bartlay. “With SMEs in favour of strong action being taken against this ‘silent killer’ of small businesses, 2014 will be a telling year in terms of changing the culture of late payment, backed up by legislation.”