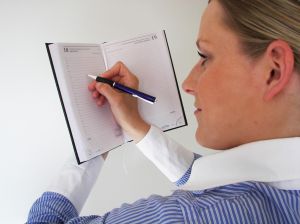 Independent research, commissioned by business and finance software provider Exact, shows SMEs that had a business plan in place last year were consistently more profitable (70 per cent) than those that did not (52 per cent). Put into the context of the 2.8m average annual profit made by the 450 SMEs who took part in the survey, this shortfall equates to a significant amount of extra funds many are potentially missing out on.

The research set out to provide a better understanding of some of the challenges SMEs face in achieving their business goals, with increasing profits , increasing revenue growth and attracting new customers cited as the top three goals. The results also showed that those who had a business plan in place were more than twice as successful in achieving these goals than those who did not (achieving a 69 per cent success rate versus 31 per cent). Despite these compelling statistics, 34 per cent of SMEs said they do not have a business plan in place, with 68 per cent of those saying the reason they didnt was I dont see the need to have one and a further ten per cent saying I didnt know I needed one . Among those who did not have a business plan, many believed it would take up too much of their time to do one (Im too busy –  23 per cent). Others appeared unaware that there were people available to help them create one, with eight per cent saying, ‘I don’t have anyone to help me’ and five per cent saying they did not do one because, ‘I’m not comfortable with numbers’. Howard Jackson, Managing Director of FD Solutions, one of the UKs leading providers of interim and part time Finance Directors, said: A business plan helps identify long-term objectives; provides a blueprint of how you go about achieving those goals and provides metrics to help with checking your progress on that journey. A business plan joins up the dots between sales, HR and finance and provides a holistic analysis of a company as well as its market place. The fact that so many SMEs do not appear to have a plan is worrying, not least in light of the fact that much of the UK economy depends on their success, representing over 99 per cent of all private sector businesses,” added Jackson. As the green shoots of recovery grow, there are real opportunities for SMEs to be at the forefront of that trend and to benefit from that growth. Having a business plan in place to address opportunities, as well as some of the challenges, is a great place to start. I would advise any SME to bear in mind the old adage from Benjamin Franklin if you fail to plan, you plan to fail . Image source By Shan Schutte