A mobile app and social network, Party Hype is built with ravers in mind.

Acting as a one-stop shop that covers discovery, bookings, crowd-sourced reviews, multimedia and more, revellers can explore venues in full before committing.

In Frankowska’s words: “Party Hype is your companion that takes you through the entire party journey for the night.” She explained organising nights out is a fractured process – a problem the app plans to solve.

And for people who are out for a very good time, there’s a dating component included.

“For us, the dating aspect was an obvious feature. That’s part of a party journey. First you want to find the party and ultimately people go out to meet more people. We wanted to facilitate that and be the ice breaker,” Frankowska detailed.

A playful element of the dating feature gives users the appropriate stop or go signal in the form of a traffic light system that says whether people are single or taken with green or red lights. From there you can send drinks, request a dance and the rest.

On the business side of things, she explained Party Hype is a valuable proposition for clubs, venue owners and promoters as they can directly reach an engaged audience with their offerings.

Revenue is made with a similar business model found in the real world, with commission from bookings, but also subscription fees for club owners. The secondary revenue stream, meanwhile, revolves around data.

“With Party Hype’s data analytics, clubs can actually understand the demographics and have business intelligence that can help recognise the customer better to improve their experience,” said Frankowska.

Find out how Frankowska responded to our quick-fire Black Cab Entrepreneurs questions in the video below:

But how does an economics graduate that moved into investment banking then become such a party animal? She’s always been a nightlife advocate.

“I was always a party person – I’m absolutely addicted to people and love socialising. For me, partying is extremely important, and it’s not about drinking, it’s about connecting with people and finding a place where people can really be themselves,” Frankowska revealed.

“I always wanted to have a business and wondered the best steps to get to that point. I studied economics and moved into investment banking because it’s an industry that teaches you how to raise investment and run a company.”

She worked in the restructuring department and helped SMEs get into financial shape. Once the time was right, she made partying a full-time occupation as the side project became a priority.

But leaving nothing to chance, she left the bank and worked as a nightlife promoter initially to understand the industry from the ground up.

Her co-founder and brother Andrzej, a developer, takes care of the software side of things as CTO – a partnership Frankowska called “brilliant”.

“People might have some issues and say ’It’s family, you shouldn’t run a business with them’, but I think the opposite. You should establish a business with family and friends because ultimately your co-founder is the rate of your success and determines credibility, loyalty and determination.

“I know he’ll never betray me and vice versa. It’s a beautiful dynamic. We actually have an advantage as family because we can have very honest opinions and don’t take anything too personally.”

In March, Party Hype raised £500,000, which has been spent on marketing, a brand overhaul and technology advancements.

A Bacardi family member is among investors in a partnership that was started via Facebook Messenger after an article made the beverage baron aware of Party Hype.

“We didn’t really know who he is and if someone approaches you via Facebook, it’s not the most credible source,” laughed Frankowska.

“At the time we were in talks with a few investors, but Bacardi was the most obvious decision – it’s a great strategic partner and they’re great to work with and want to be part of the company.”

“App users can quickly take decisions to go to places across the city and transport is no longer an issue. It will bring a lot of benefits and revenue to the nightlife industry, which is the fifth biggest in the UK. Launching it was a really wise decision,” she said.

Continuing on the government’s involvement with nightlife, Frankowska also offered her thoughts on the Fabric closure and subsequent reopening under new rules.

“I understand the rationale because there were issues around drugs, and this had to be addressed, but probably the action taken was slightly too aggressive,” she opined.

“Fabric is an iconic club, so I was extremely upset about its closure. I was always hoping it would reopen and the fact it did proved the strength of the party community who fought for it.”

Looking ahead to 2017, Frankowska plans to take Party Hype worldwide, though she noted that Manchester, Leicester, Nottingham and Birmingham as key areas for UK nightlife.

“We are looking to become a global brand and we want to embrace the biggest party capitals where people travel often and encounter problems deciding where to go and what to do,” she said.

“In mind we have US cities, such as Miami, New York and Las Vegas, as well as Berlin – one of my favourites – Barcelona and the Far East. We really want to connect international tourists and locals, helping them to break ice, so that’s why we want to focus on the big cities.”

Although that market research will probably take its toll, but we’re happy to help if required – it’s the season of giving after all. 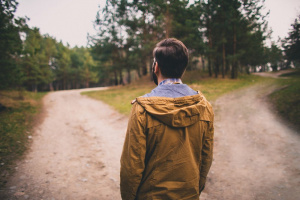 Is your business trying to evoke a culture change? Start by altering behaviours