It’s no secret that social media experienced something of a battering in 2018, from data breaches and fake news to signs that user engagement is starting to cool. But it’s not all bad and for the company that wants to meaningfully speak to its consumers, social networking is still one of the most effective ways to do this. With 2019 on the doorstep, here are nine key changes and trends on the horizon for brands.

With sites like Facebook awash with clickbait and fake news, it’s become increasingly hard for businesses to be able to place their trust in traditional social platforms or reach the audience they most want to engage.

Tomorrow’s social shows signs of heading back toward its original heartland – a place where like-minded people can connect. It’s unlikely this will happen across big networks in the future but instead we’ll see the continued growth of bespoke social networks where brands, communities and influencers will build their own private spaces.

The desire to understand consumers in greater detail is still an important driver for companies but relying on third-party networks to provide this, especially in a post-GDPR, privacy-conscious world, is of limited value.

The new world of social will be about increased insights combined with careful, legally-compliant ownership of data. Armed with the ability to not only understand consumers’ needs, wants and interests but to react to behaviours and interactions on a direct and deeper level will be a powerful tool for businesses. It’ll allow them to serve up what customers want and simultaneously create a more engaged community.

Fostering a community with access to the information and discussion they want will correspondingly lead to higher engagement rates. Bespoke social networks could aim for 30% engagement rather than the somewhat paltry 1-3% average widely accepted in the industry at present.

The higher the engagement, the more activity from consumers – whether that be sales, attending events or even just liking a post. Engagement equals results, so finding a way to achieve this will continue to be of paramount importance for the c-suite.

The social world of 2019 and beyond will be centred on finding the commonalities and space spaces that allow people to genuinely connect. The titan social networks will lose relevance and instead consumers will begin to favour smaller, more connected community portals, based around individual passion points and moderated to clamp down on trolls.

From an advertising point of view, because community members have given their explicit permission, content and ads that allow them to see and hear the things they’re interested in will replace spammy non-specific alternatives.

Recommendations from family and friends will of course continue to be a key factor in purchase decisions. But the fact is, that outside of influencers, fewer people are sharing these recommendations through social media.

Setting up communities that unite like-minded individuals who can give real insights, advice and recommendations is surely where social is headed. This new world will be about discovering a trustworthy community of people passionate about the same things. And people who trust the recommendations of those with similar interests to them are far more likely to adapt their purchasing decisions accordingly.

It’s no secret that the ad-scape is highly saturated. Research has also suggested the public is susceptible to ad-blindness. Despite this, the big social networks are getting more revenue than ever from ads, building an increasingly cluttered marketplace. But it’s hard to tell if they are ever really being seen by the target audience.

Would this change for a business with access to its own network? In future brands, communities and influences will invest in taking control of their own insights, content and reporting. Having a company-specific social network will mean being able to test products or ad concepts with followers, take polls on projects or invite loyal consumers to take part in special events. Brands could be the only lead voice in this arena, with followers contributing their own content, thoughts and ideas.

The few branded communities that already exist have seen some clear gains. For one thing, distributed customer service, where users can help solve problems, can reduce overheads – estimated between 10 and 25% annually. It also spearheads product innovation ideas, where brands such as Lego really excel. The new world of social will see a shift from a mix of social and branded communities to a convergence of the two, integrated within the existing infrastructure for each business.

Loyalty and retention are a challenge for the big social networks. But there’s a proven connection between branded communities and customer retention and loyalty. Studies have shown that trust within the community leads to higher commitment and affinity, which then drives more loyal behaviour. In fact, 37% of people are more likely to stick with a brand when part of a community, according to a study by Dialogue. More and more companies will wake up to this in 2019 and beyond, particularly as it all links to social spending.

Companies are having some success in the “shop” features of big social platforms and it’s definitely an area for growth. But perhaps there’s more that can be done. Those who are part of a community spend on average 20% more than those who are not, according to the journal of Marketing Science. Tomorrow’s social will be about optimising the social sales funnel and continuing to build community involvement across social selling.

In short, 2019 will welcome a new, if not somewhat familiar, dawn for social media where communities will once again come together to build trusted environments. As a result, this will lead to an uptick in sharing, engagement and buying in a safe and reliable environment.

Rashid Ajami is CEO and founder of Connectt, the social-network-as-a-service provider for brands, organisations and influencers 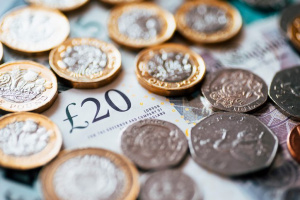