Raga, who has succeeded Runar Reistrup, joined the social shopping company in 2014 and previously held the role of operations VP before taking the top job. In her new role, she will look to support the company’s rapid growth – a task supported with the investment round.

In September 2015, the 2011-launched company was discussed in an interview with then-CEO Reistrup who said Depop had become described as “eBay and Instagram having a baby” due to its mix of online shopping and social networking.

A handful of investors contributed to the $8.25m pot including Balderton Capital, Holtzbrinck Ventures, Creandum, Red Circle Investments and Lumar, with a view of enabling growth across Europe and the US. This will see the capital spend to build the almost five million users and 230,000 monthly downloads, up from two million downloads a year ago.

“I am thrilled to be leading Depop, it’s an exciting time for us as we are becoming a truly global platform,” said Raga. “Moving forward, we will be working towards improving the product, as well as bringing new features and experiences that will make Depop even more fun and easy to use.

“At the heart of Depop is the community, and they are proud to be part of our story. They are sharing their listings and purchases on social media, uploading over 1.5 million items and selling more than 500,000 items monthly. We are becoming part of the youth culture and a place for people and brands to inspire and get inspired by each other.”

James Wise, partner of Balderton Capital, added: “This is another great milestone for Depop, who continue on their quest to become the world’s favourite way to buy and sell fashion and lifestyle products. We are delighted to continue to be part of their journey.”

With social media and shopping in mind, Instagram has more than doubled its advertiser headcount in the past six months as 500,000 companies now market on the app. 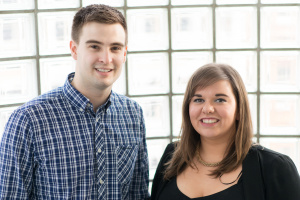