Many importers, producers and packaging firms of soft drinks have yet to register for the levy, HMRC confirmed in an announcement.

However, many UK manufacturers of soft drinks have already registered for SDIL and have reduced the sugar content of their products since the levy was first announced in March 2016.

Ahead of the 30 April, HMRC’s director general for customer strategy and tax design, David Richardson, reminded business owners that is was a criminal offence not to register for the levy, and to fail to register before the deadline date.

He added: “HMRC has published clear guidance about where the levy does and doesn’t apply, who may need to take action and when. I encourage all businesses in the soft drinks industry who have not yet done so to read our guidance and review the deadlines for registration.”

Government rules on when businesses must register for SDIL differ depending on how and when drinks liable for the levy are handled.

The latest soft drinks industry research has shown that products containing the highest amounts of sugar could see a percentage price of up to 35% – a jump which could derail many soft drinks firms.

Last month, managing director at Beacon, Britain’s largest soft drinks supplier, Paul Connelly, said that soft drinks companies should consider the introduction of the soft drinks levy as an opportunity for innovation, ahead of a huge period of change in the industry.

He added: “Now is the time for operators to be prepared and put new ideas and solutions in place. Most used items such as individual mixer bottles will be increasing by around 10% on average, and high-volume post mix products for full sugar soft drinks could see increases of up to 20%.”

The government has said income from the levy will go towards boosting funding for healthy school breakfast clubs, doubling the primary sports premium and creating a healthy pupils capital fund to help schools upgrade sports facilities.

Richardson went on to say: “The UK has one of the highest obesity rates among developed countries. Soft drinks are still the biggest source of sugar in children’s diets – this is why this levy is so important.” 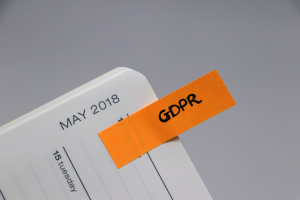