I’m not breaking out the Christmas sherry early on the strength of the misnamed Autumn Statement. The government’s change in stance towards SMEs has never been more evident than in Osborne’s overall cut of one per cent in corporation tax.

The larger corporations whose contribution really makes a difference to his coffers would have survived in any case. It is the small SMEs who are up against it and the benefit for them is minor. Many are struggling to make a profit to pay the tax on. Equally, good as the additional tax relief on plant and equipment is, few have money left to invest.

I am unconvinced that the business bank is anything other than a huge PR stunt and its reality is hardly practical help to those struggling to keep business alive now. Nor do I truly believe that the government will be able to have much effect on bank lending – the banks have been stung and still won’t take high risks in the current climate.

On that, I cannot blame them. Their timescales for lending due to centralisation are another matter but I’m certain that in a monopolised market, the banks won’t rush to rethink their processes. Roll on Wonga for Business dealing with the bigger bucks!

Am I getting excited at the firm cancellation of fuel duty? Well, not really. We know that “cancelled for good” at best last the rest of a government term, and most politicians are capable of u-turning at the speed of Michael Schuhmacher.

I have greater fears about Osborne’s performance than any of that.

Firstly, it has become obvious to all that this government’s election, which promised to restore growth and deal with Britain’s debts has woefully failed to deliver. The problem there lies in them misjudging their ability to achieve such a thing in the first place.

All of us fail. How we deal with it is what counts, and never more so than in leadership. Firstly we must have the courage to admit how wrong we have been. Secondly, we have to identify why we have failed. Thirdly, we have to put it right – and throughout all of this process we have to show humility, in particular with those affected by our decisions, combined with a delicate but essential blend of positivity and conviction that we can make it better.

Osborne does not come across as humble. Incredibly, he comes over both glib and smug. He sweepingly announces that the clearance of Britain’s debt will take longer and while I agree that both the US and Europe are somewhat responsible, is it not part of his job to anticipate such things?

His oily Santa act continues with the bright announcement that our debts will continue to rise until 2016 at least, and he now thinks the economy will shrink still further next year. He fails to gift wrap the news that benefits will rise by only one per cent, under the level of inflation. That is hardly going to send families scurrying to spend their all on Christmas, the traditional boom relief time for our hard pressed retailers.

What is particularly worrying is that politicians across the bench seem beaten. Labour opponents seem content to make the odd moan but otherwise follow Mr Osborne rather than make rash promises of their own, and the rest of the Tories are more than grateful not to be sharing that particular hot seat. Therefore, rather like the high street banks, Osborne has a monopoly on the chancellorship that only the defeat of his party at the next election will shift him from.

As leaders in our businesses, we would have to do better than this. Without a positive message realistically but convincingly delivered by us and our management teams, we know our businesses grow to rack and ruin. Sometimes, when times are tough, we have to deliver bad news on pay rises, redundancies or falling orders and still give our staff enough assured confidence for them to believe in the future. If Osborne was leading an SME in Britain today, he would surely fail. 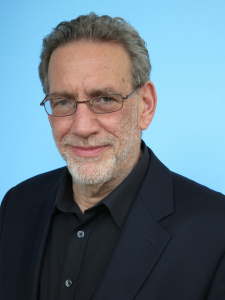