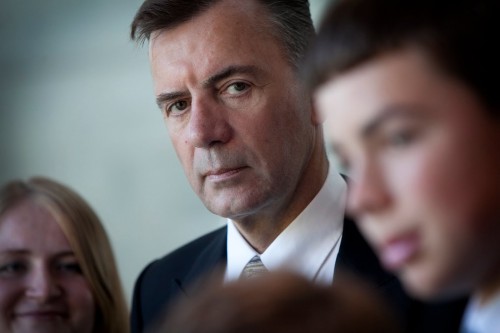 Numerous leaders in the City of London have spoken out in favour of Labour Party leader Ed Miliband’s pledge to reform the UK’s “non-domicile” tax laws. While plans to introduce a bankers’ bonus tax hasn’t been well received, his initiative to get rid of non-dom status has found growing support among business leaders. Among those backing Miliband’s proposal are Land Securities chairman Alison Carnwath, BAE Systems chairman Roger Carr and former Dragons’ Den investor Duncan Bannatyne.

Ed Milliband says he will abolish non-dom status in UK. This gets my vote I never thought any party would have courage to do this. — Duncan Bannatyne (@DuncanBannatyne) April 7, 2015

Labour peer Lord Charles Allen, of Global Radio, and former minister Lord Myners have also sung the party’s praises. And Simon Franks, co-founder of LoveFilm, has joined Dale Vince, founder of Ecotricity, in declaring his public backing for Miliband and his team. “I can tell you after working with Labour for over a year that these guys are very focused on creating a vibrant economy,” he said. Vince, on the other hand, donated £250,000 to Labour to fight “the existential threat” of a Conservative government. After the announcement he added: “I think Cameron has turned out to be Thatcher with knobs on.” The Hobbit actor Martin Freeman starred in an election broadcast in order to support the Labour Party. In the video he said the Conservative party will take the UK “on a rollercoaster of cuts” and that they have “sod all to offer the young”. The video also features Dr Who’s David Tennant. Comedians Jo Brand and Steve Coogan have also given the Labour party their vote.

And when actor-turned-activist Russell Brand interviewed Miliband it reportedly swayed him from not voting at all to voting Labour. He urged his fans to do the same, claiming “this bloke will listen to us”.

Other supporters include JK Rowling, Delia Smith and Paul O’Grady.

UKIP has been hailed as a champion of small businesses by people including Tanya Brasted, who runs the Florist Shop, Martin Appleyard, of North Coates Butt Gun Club and David Armstrong, of Centurion Fire and Security. The former leader of the British National Party has also endorsed UKIP because he believed it would increase the chances of an EU referendum.

@BullshineBilly I will hold nose & vote Ukip because it will help break up the Westminster system. & hold Cameron’s feet to referendum fire.

Perhaps nothing beats TV sports presenter Des Lynam, who recorded himself singing a re-written version of “Send In The Clowns” after the Conservative party called UKIP “a bunch of fruitcakes, loonies, waifs and strays”. Lynam said: “I was delighted to cast my vote for Nigel Farage’s team in Sussex where I live. I feel they have something to offer the country as a whole, and Sussex.” Jamie Oliver may also be a UKIP supporter, having said he was a fan of the way the leader was “stirring things up”. He stated: “They have got my interest, and I will listen to them.” During an appearance on the BBC’s Question Time, footballer Joey Barton called UKIP “the best of four ugly girls”.

With pledges to increase the minimum wage and raise taxes on the wealthy, SNP has also managed to attract some high-profile members of the business community. This includes millionaire chairman of cash-and-carry firm United Wholesale Grocers, Mohammed Ramzan, who defected from Labour.

Read more about the election:

Ramzan said: “I am delighted to be supporting the SNP at this year’s election. I have been a businessman in Glasgow for over 35 years and I have always wanted what is best for the city.

“Unfortunately, under the current Labour administration the city has not moved forward, there is a lack of ideas and innovation, and they now spend more time squabbling among themselves than trying to help ordinary Glaswegians.

“That is why I will be supporting real change under the SNP.”

Manhunter star Brian Cox quit the Labour and joined the Scottish National Party  in the same month. He claimed that SNP was the only party “taking forward the values of social justice”.

Scottish actor Brian Cox also joining the SNP, as well as fellow Scotsman Martin Compston. The Monarch Of The Glen actor said: “Labour, the Liberal Democrats and the Conservatives all have a track record of broken promises: introducing fees of thousands of pounds a year south of the border and failing to protect young Scots from the worst impacts of Tory cuts. Only the SNP can be trusted to stand up for Scotland’s young people.”