For three days last week, Aslef, the train drivers’ union made 300,000 working people and business owners, who rely on the Southern Railway rolling stock to get to work, suffer because they don’t want to be in charge of closing the doors.

It feels like an industrial argument more akin to the days when Slade first released “Merry Xmas Everybody” than 21st century Britain.

A dispute over who pushes a button, the driver or the train managers – that’s guards to most of us – and that’s why the general secretary of Aslef, Mick Whelan, is ruining the festive season for the many thousand brow-beaten Southern Railway passengers.

Ironically, as there were no trains, the union that is supposed to be for the working people of this country is actually causing them anguish and no small amount of financial hardship. And to my mind that equally applies to the union members who feel pressured to strike as much as the train customers who’ve become the collateral damage of Aslef’s muscle flexing.

There’s only one thing that needs to be done, and it’s transport secretary Chris Grayling who must act. It’s not his fault, and given the ridiculousness of the situation he should be forgiven for thinking that the parties involved should be able to reach a resolution to the dispute – minus all the pain.

But they obviously can’t, so some of his famous, no prisoners, hob-nail boot diplomacy is desperately needed. Whatever the political equivalent of threatening to bang their heads together if they don’t sort this all out and get the trains running is, we need it now.

It’s time to get COO of Southern Railway, Nick Brown, Chris Grayling and Mick Whelan in a room, around a table – covered in tinsel and Christmas crackers if it helps – and lock the door until they’ve reached a resolution that will see the trains running again.

But the issue with Southern Railway is just one string to the bow attached to the gift that keeps giving us hell this December.

And, while commuters have been shivering and fuming on platforms waiting for a train that never comes, The Communications Workers Union have been plotting to throw Christmas further into disarray with five days of strikes by Post Office workers.

And if you think leaving the country will help you escape this madness, think again, because British Airways cabin crew are downing tools, or in fact their safety cards and demonstration life jackets, over Christmas and New Year.

Strikes rarely, if ever, benefit anyone – and in most cases, and these current ones are no exception, the workers, management and the customers, not to mention the economy due to lost productivity are the losers. Merry Christmas!

In fact, as it’s my last column of 2016, I’d like to wish all Real Business readers a very happy Christmas and a prosperous new year. The hard work SME owners and entrepreneurs put in creating exciting businesses and employment is second to none.

They should all take a moment this festive season to reflect on their achievements in 2016 and recharge their batteries ready to hit the ground running at the start of 2017 for what will be another challenging, but exciting year in business. 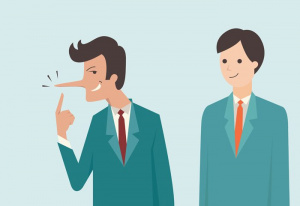 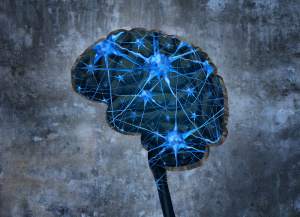